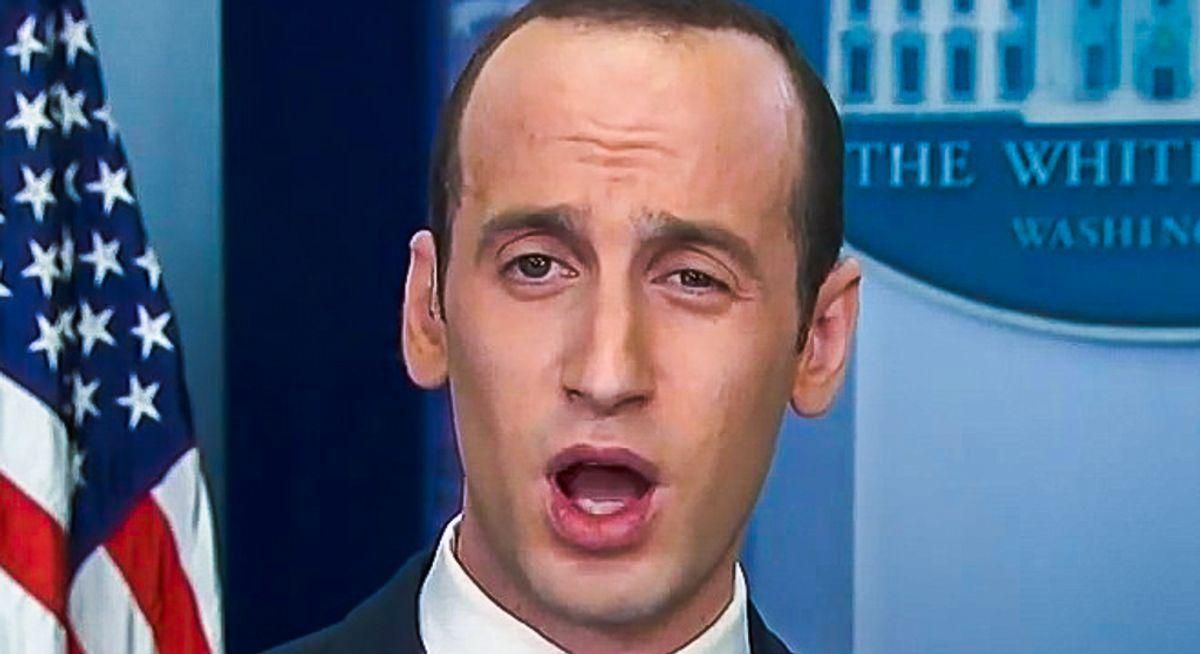 On Tuesday, Rolling Stone released a profile of a number of longtime allies of former President Donald Trump, and what they are currently doing.

"Trump's cohort may have been blacklisted by polite society, but their connection to the former president is now invaluable within a weakened party doing all it can to cling to Trump's star power," reported Andy Kroll and Ryan Bort.

Former Secretary of State Mike Pompeo, they noted, "appeared at the Westside Conservative Club in Urbandale, Iowa, for what several media outlets billed as the first "campaign event" of the 2024 presidential race." Virulently anti-immigration strategist Stephen Miller is "Stumping for Mo Brooks, a Trump-wannabe congressman and candidate for U.S. Senate in Alabama." Former press secretaries Sarah Huckabee Sanders, Sean Spicer, and Kayleigh McEnany are, respectively, running for governor of Arkansas, hosting a talk radio show on Newsmax, and commentating on Fox News.

Meanwhile, Jason Miller, the Trump strategist who became infamous for his machinations to avoid paying child support, is still advising the former president. Brad Parscale, Trump's former campaign manager, "Launched a super PAC — which can raise and spend unlimited sums of money — to elect pro-Trump candidates in the 2022 midterms." And longtime counselor to the president Kellyanne Conway has stepped back from politics to be with her anti-Trump family.

The upshot for most of the big names, concluded the report, is that, "Instead of falling back into the periphery of conservative politics, Trump's most notable enablers are now positioning themselves to chart the course of the GOP's future, whether it be through the media, fundraising operations, or even an effort to carry the torch of Trumpism back into the Oval Office."