WATCH: Trump singled out as senators from both parties hammer Capitol riot preparations 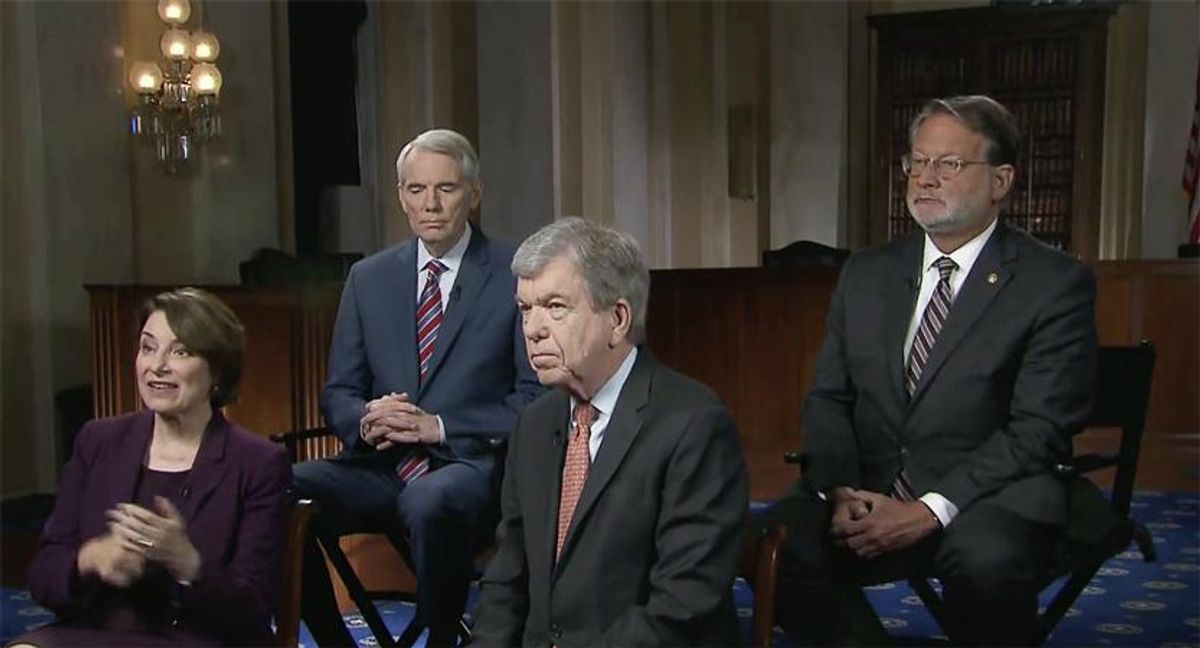 Following the Tuesday morning release of a Senate report on the security and intelligence failures that preceded the January 6th riot that followed a "Stop the Steal" rally held by Donald Trump, four senators involved in putting together the report sat down with CBS to give their personal impressions.

While observations by Senators Rob Portman (R-OH), Roy Blunt (R-MO) and Gary Peters (D-MI) stayed within the bounds of the report, Democrat Amy Klobuchar (D-MN) broke ranks to point the finger at Trump for being the reason behind the attempted insurrection.

Speaking with CBS host Kris Van Cleave, Republican Blunt stated that he was most surprised by how long it was allowed to go on, lamenting, "How long it took the Defense Department to respond."

With Portman adding that Capitol police were "put in an impossible position," Democrat Peters pointed out the Capitol rioters were underestimated by authorities who were then caught flatfooted on Jan. 6th.

"Part of the reason it was overlooked, is that people were saying, 'Well, this just can't happen. And these groups of folks, they can't do that.' Well, now we know they can. We know that what happens on the internet can be translated into physical action on the Capitol grounds or in towns across this country. We've got to treat domestic terrorism with the seriousness that it deserves," he warned.

For her part, Klobuchar cut to the chase and stated, "His false claims of this election is what led to this insurrection."

She also used her time to push Republicans to agree to a full-scale commission investigating the day that led to multiple deaths. -- including suicides by Capitol police in the days following.

"Our country needs this 9/11-style commission to get to the bottom of all this. While the prosecutions are going on you could be looking at the causes and everything, but our mission right now was to protect this Capitol going forward," she told the CBS host.

The Senate released a new report identifying widespread security and intelligence failures that led to the January… https://t.co/RJxgi5s3Cg
— CBS This Morning (@CBS This Morning) 1623153975.0