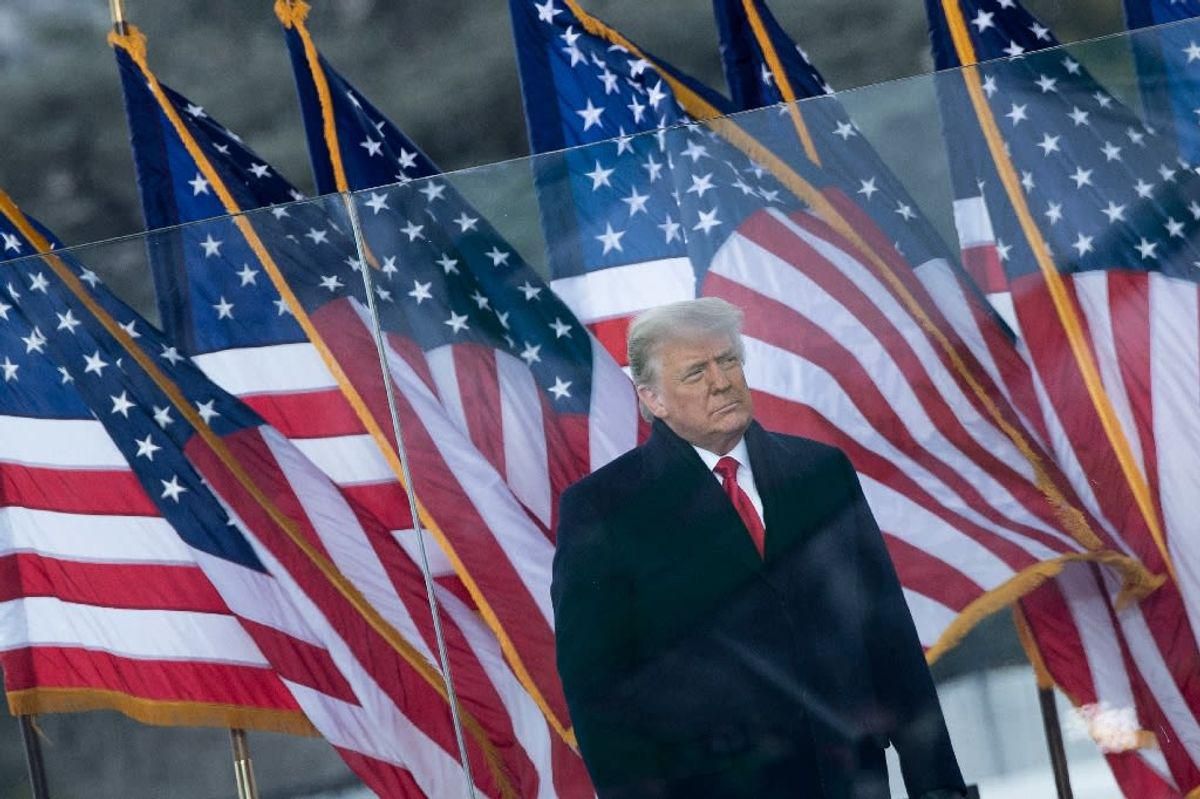 The complaint filed Tuesday in U.S. District court by officers James Blassingame and Sidney Hemby alleges the twice-impeached one-term president "inflamed, encouraged, incited, directed, and aided and abetted" his supporters to storm the Capitol in an effort to overturn his election loss, reported Bloomberg.

The police veterans said Trump supporters attacked them with pepper spray, tear gas and other chemicals that burned their eyes, skin and throats, and both suffered physical injuries and Blassingame has dealt with depression since the riot.

"[Blassingame] is haunted by the memory of being attacked, and of the sensory impacts -- the sights, sounds, smells and even tastes of the attack remain close to the surface," the complaint says. "He experiences guilt of being unable to help his colleagues who were simultaneously being attacked; and of surviving where other colleagues did not."

The complaint seeks unspecified monetary damages for claims that include aiding assault and battery and directing infliction of emotional distress.