Why does Trump, Jr keep lying about Joe Biden's withdrawal from Afghanistan 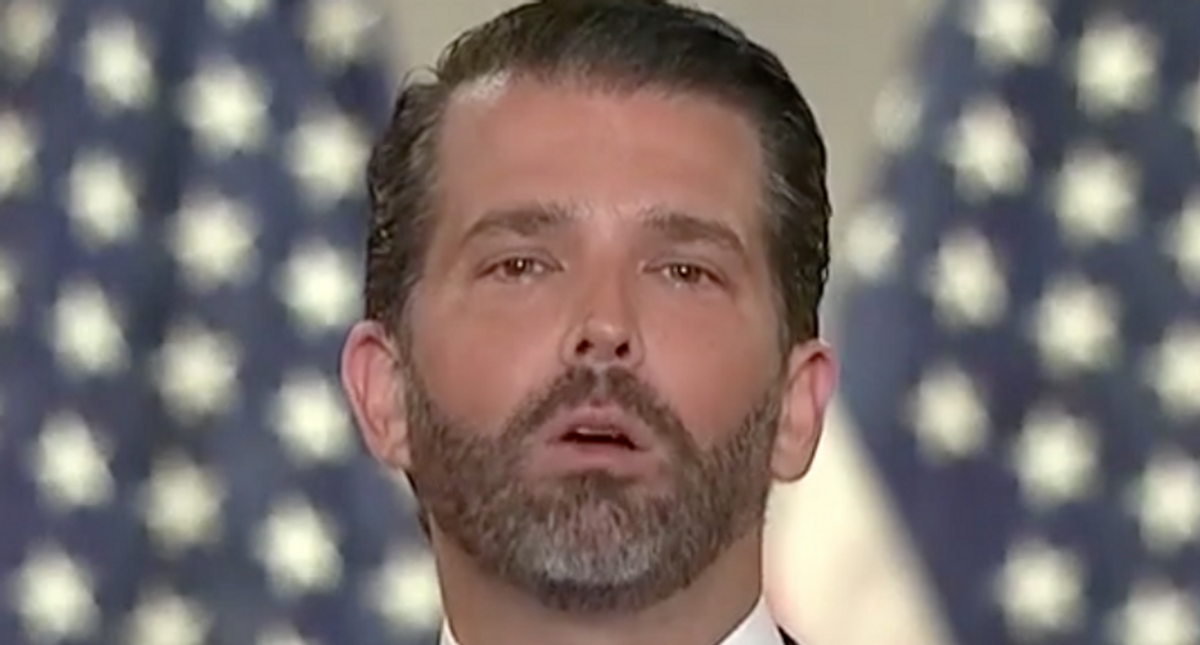 Along with legitimate criticism, there have been wild conspiracy theories. And Donald Trump, Jr. keeps pushing them.

On Saturday, the former president's eldest son lied about Biden in a fundraising email for his father's Political Action Committee.

"Just when you think Joe Biden and his Administration couldn't get any lower, they choose to pull troops out of Afghanistan and leave American citizens and American K9s stranded. What an absolute disgrace,Do 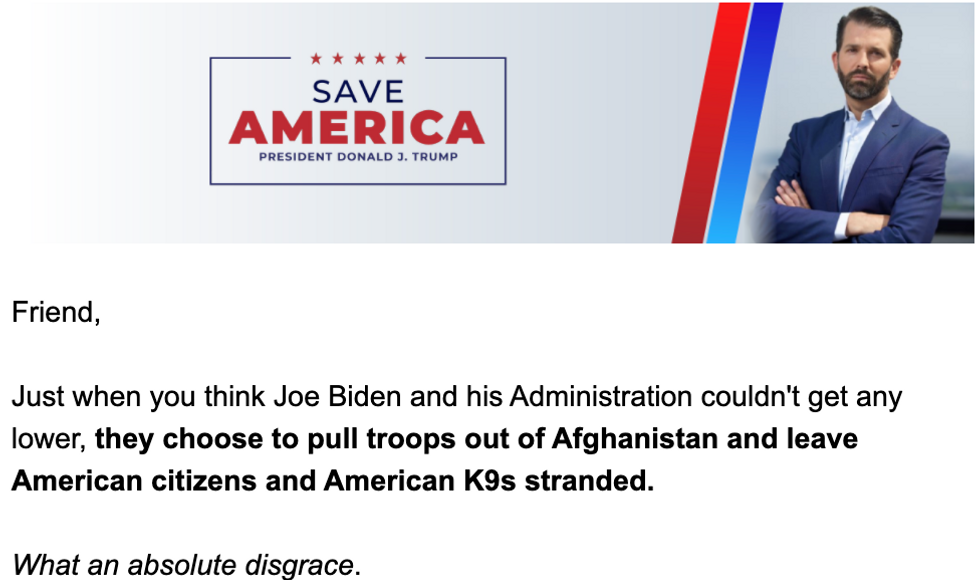 However, the Biden administration did not leave American K9s stranded in Afghanistan.

In fact, on Tuesday the Pentagon issued a statement debunking the claim.

There was also the "just made-up" claim that the Taliban was hanging people from a helicopter in Kandahar, which was also debunked on Tuesday.

But as CNN fact-checker Daniel Dale noted, Trump, Jr. changed his Twitter banner image to push the debunked claim the next day.