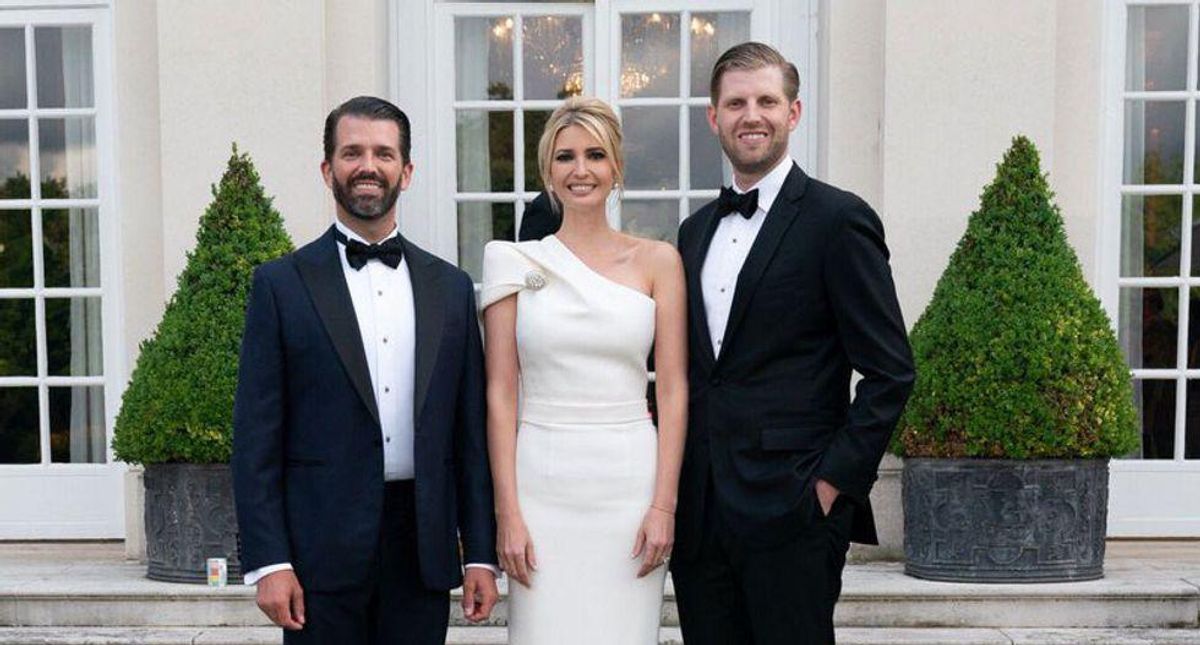 According to a report from the Daily Beast's Jose Pagliery, the case being made against Donald Trump's children -- Don Jr., Ivanka and Eric -- for cashing in on Donald Trump's inauguration after his 2016 presidential win is being delayed while investigators seek testimony from Trump Org executive Allen Weisselberg.

The report states that Sunday, the District of Columbia's attorney general was notified he will have to wait "...to find out if three more people in the Trump family circle can be forced to testify, as investigators continue to look into whether Donald Trump's 2017 inauguration committee misspent more than $1 million and enriched his own company."

In an interview with the Beast, lead witness Stephanie Winston Wolkoff -- who helped oversee the inauguration events -- said the investigation is looking at "self-dealing" by the Trump family.

"The world's about to learn how Trump's inner circle—with Trump's full knowledge—took advantage of the presidential inauguration," she claimed. "Everything they did was all about self-dealing. They had a nonprofit pay them for their own hotel at an inflated cost."

According to Pagliery, "The local government's case centers on how Trump's kids blurred the lines between the family business and what's supposed to be a nonprofit, potentially milking the inaugural celebration by funneling events to the Trump International Hotel in Washington where the committee may have overpaid on services," adding, "The inaugural committee is supposed to be a short-lived nonprofit whose sole task is to quickly put together celebrations for an incoming president. But Trump's inauguration committee looped in Weisselberg three months after the celebration in 2017 to conduct an audit of the committee's finances, according to public court documents filed by the AG last month."

The report goes on to note, "... this case is civil, not criminal, so the office of D.C. Attorney General Karl A. Racine isn't seeking prison time for any of those involved. Instead, the AG wants to recover any improperly spent money and hand it over to a nonprofit that will put it to use for the public good."