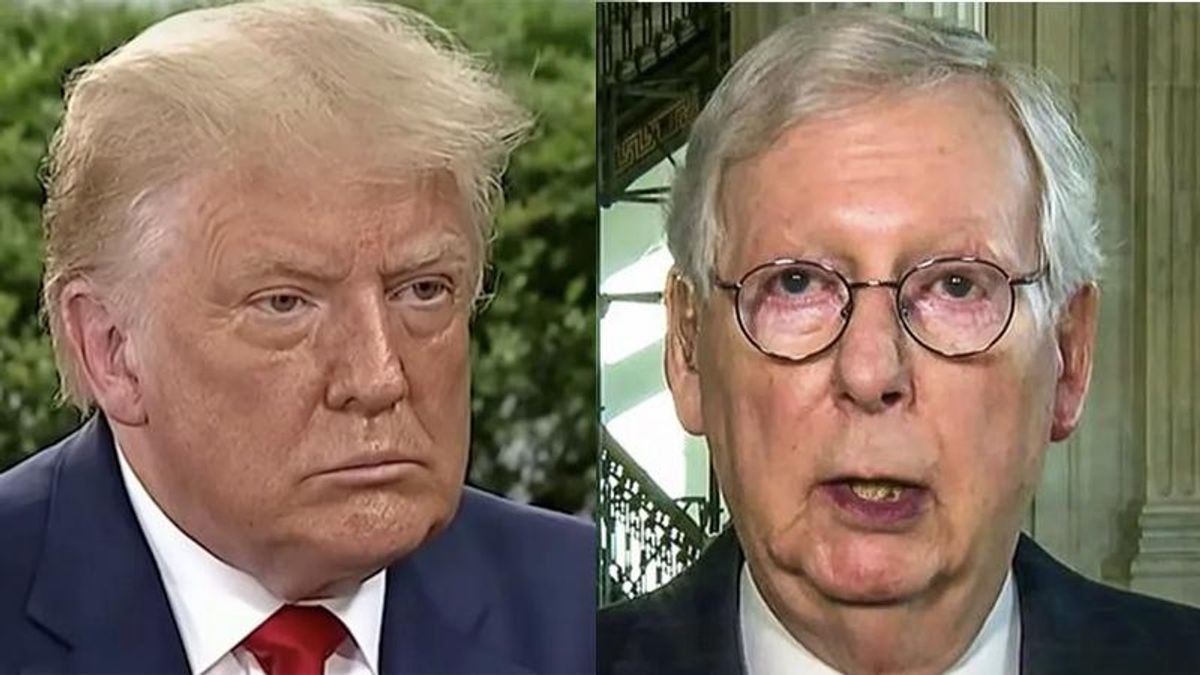 "So Donald Trump is all about Donald Trump, breaking news on that front," the CNN analyst quipped. "Not always about the Republican Party, and Mitch McConnell wants to be the Senate majority leader in 2023. In order to do that, he has to help nominate the candidates who have a best chance of winning."

"I want to walk through a few places where they will come in conflict," he continued. "In Alaska, Lisa Murkowski is the incumbent -- Donald Trump is going to campaign against her. There's a candidate: Kelly Tshibaka. Let's see if he endorses Kelly Tshibaka."

"Missouri should not be an open state," he continued. "Eric Greitens is the former governor; well he is running again and he's running expressly to get Donald Trump's endorsement in a crowded primary, worrisome because if he's a Trump candidate he may wind up winning and people can remember when Todd Akin was the nominee in Missouri back in 2010 and they lost a seat in Missouri they should have won and that could happen again"

"North Carolina, if you watched Donald Trump's rally in North Carolina, he says Lara Trump, Eric Trump's wife, is not running. He [Trump] endorses this guy Ted Budd who basically no one has ever heard of," he continued. "He's a congressman, credible, but Trump passed over and took a shot at Pat McCrory, the former mayor of Charlotte and the former governor of the state who's widely seen as a candidate who can be in the center in a general election. So Budd clearly has benefitted from Trump's endorsement but does that help the Republican Party?"