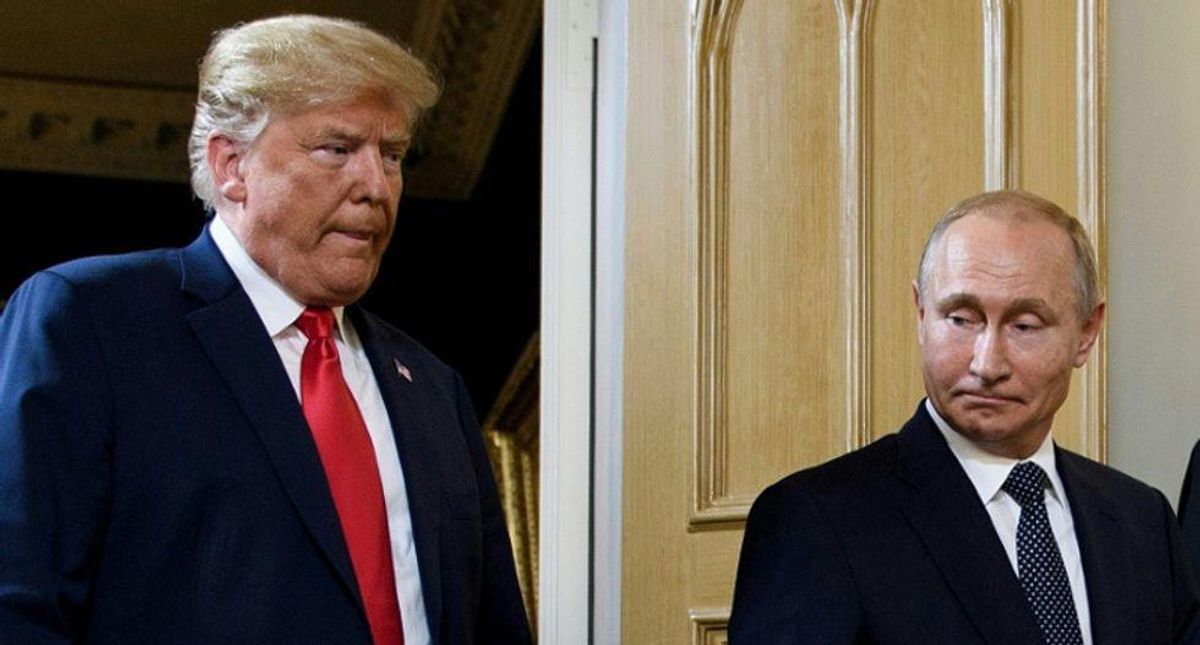 Russian president Vladimir Putin personally authorized a secret spy agency to back "mentally unstable" Trump for U.S. president during a Jan. 22, 2016, closed session of that country's national security council, according to what appears to be leaked Kremlin documents obtained by The Guardian.

"It is acutely necessary to use all possible force to facilitate his [Trump's] election to the post of U.S. president," the paper says.

The documents include a brief psychological assessment of Trump as "impulsive, mentally unstable and unbalanced individual who suffers from an inferiority complex," and also refer to "certain events" that happened during his previous trips to Moscow.

More details about those events are listed in an appendix to that document, but that portion of the papers remains undisclosed.

Those present agreed that Trump in the White House would help Russia create "social turmoil" in the U.S. and weaken the American presidency, two of Moscow's top strategic objectives.

A decree appearing to bear Putin's signature authorized Russia's three spy agencies to work toward getting Trump elected, as the former reality TV star and celebrity businessman was emerging as the Republican Party's presidential frontrunner.