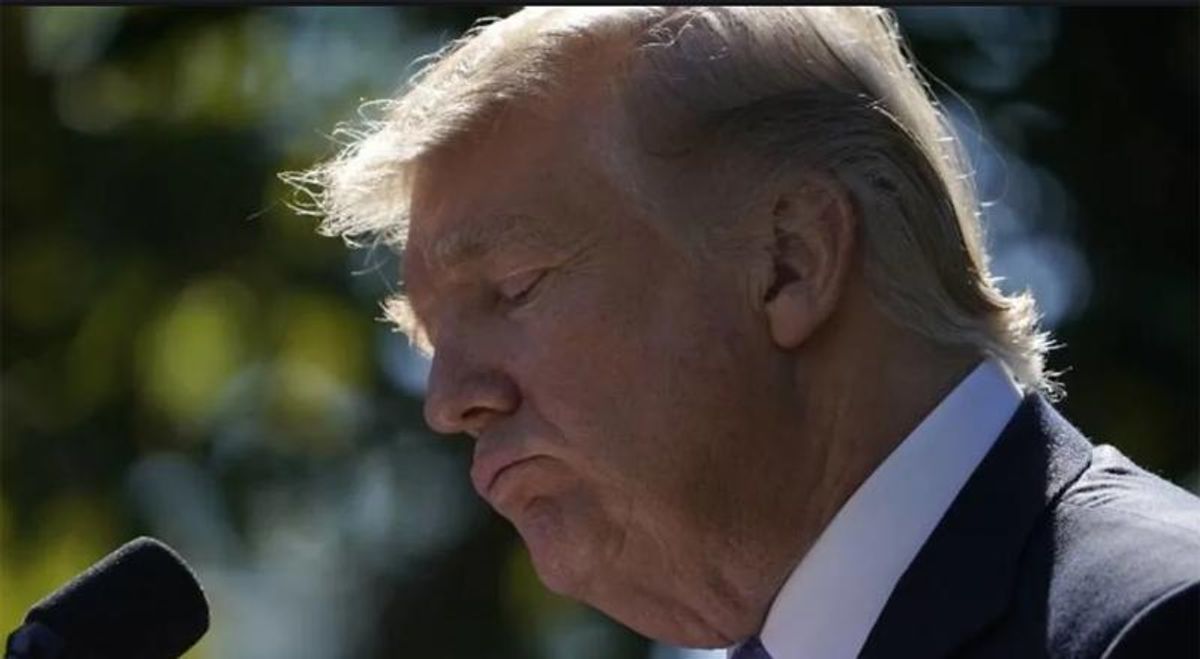 In a column for the Daily Beast, longtime political observer Michael Tomasky claimed it is likely that Donald Trump is regretting winning election in 2016 and, now that he is out of office, he is finding himself facing an avalanche of civil lawsuits and federal investigations into his business dealings and tax returns because of the scrutiny he brought on himself.

As the columnist points out, Michael Wolff's book on Trump -- titled "Fire and Fury" -- reported that Trump saw the 2016 presidential campaign as a brand-building exercise that would help boost his name and allow him to cash in.

Wolff wrote: "He'd come out of the campaign, Trump assured [Fox News' Roger] Ailes, with a far more powerful brand and untold opportunities. 'This is bigger than I ever dreamed of,' he told Ailes in a conversation a week before the election. 'I don't think about losing because it isn't losing. We've totally won.'"

According to Tomasky, Trump may have cashed in short-term with the government paying millions to the Trump Organization for hotel stays and golf trips to his resorts, but that he irreparably damaged his brand with his political antics and now the cash-strapped ex-president is scrambling to wring every last dollar he can out of his rapidly fading time in the spotlight.

"Four and a half years later, here we are as Trump, like some blood-sucking roundworm, is still trying to suck as much life as he can out of the host body while he still can, with a $421 million loan bill coming due and the Manhattan district attorney breathing down his neck," he wrote. "He's about to come face-to-face with a fact that I suspect, deep down, he's known all along—which is why he was bragging to Ailes that he was delighted to lose: that winning the presidency would destroy him."

Pointing to Trump watching Manhattan District Attorney Cyrus Vance Jr. building up a case against him, the columnist said that -- along with a massive load of debt coming due -- has to have Trump in a panic.

"Trump has $421 million in debt (most of it presumed to be owed to Deutsche Bank) coming due soon," Tomasky reported. " During the 2020 campaign, he scoffed at the debt, because of course to hear him tell it $400 million is a 'peanut.' No one knows the truth right now, except maybe some investigators in the Manhattan DA's office, but it would hardly be shocking to learn that Trump just doesn't have the money."

Writing, "If he'd never become president, he could have carried on lying and swindling people just as before, and no one would be the wiser," Tomasky then added, "But when you're president, certain checks and balances kick in. You're being watched more closely. Lying about your tax returns being 'under audit' will keep the dogs at bay for a while, but they'll bash down the door eventually. Private citizen Trump paying off Stormy Daniels? Feh, who cares. Candidate/President Trump doing it? Against the law. And so on and so on and so on."

"The whole point of the campaign, as Trump told Ailes, was branding. Well, he's going to be branded, all right. Just not the way he thought," the columnist wryly added.