Trump left behind a 'political quagmire' for Biden with his disastrous trade policies: report 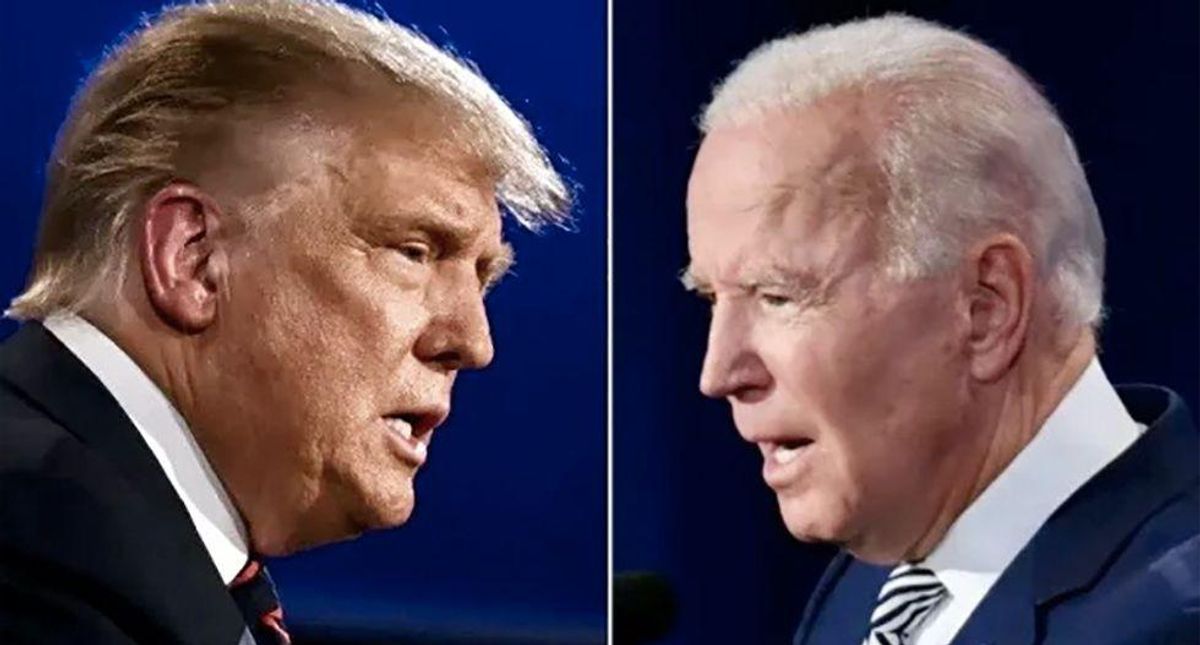 According to a report from Politico, Donald Trump's treaty with the Taliban to remove the American presence from Afghanistan was not the only unenviable clean-up task he left for Joe Biden -- to go along with a country still reeling from the botched response to the Covid-19 pandemic.

As the new president gets American back to work he is being pressured to take a hard look at Donald Trump's steel tariffs that saddled consumers with higher sticker prices on goods with businesses and has European trade partners urging him to roll them back.

Politico's Steven Overly adds a review of the tariffs is moving up Biden's list of tasks to be undertaken and that whichever decision he makes to untangle the mess, it's going to make one constituency or another unhappy.

While noting that Trump's trade policies put some steelworkers back to work -- and cost others their jobs --due to foreign imports burdened by the tariffs, companies that were unhappy with Trump's decision are hoping Biden will reverse them.

In 2018 Reuters reported Trump's tariffs on steel and aluminum created pain for American farmers, with the report stating that they boosted the "costs for equipment and infrastructure and causing some farmers and agricultural firms to scrap purchases."

As recently as 2020, Reuters reported that the tariffs had backfired and led to job losses that may have contributed to his 2020 re-election defeat.

"Trump's strategy centered on shielding U.S. steel mills from foreign competition with a 25% tariff imposed in March 2018. He also promised to boost steel demand through major investments in roads, bridges and other infrastructure," the report stated. "But higher steel prices resulting from the tariffs dented demand from the Michigan-based U.S. auto industry and other steel consumers. And the Trump administration has never followed through on an infrastructure plan."

With a massive infrastructure plan awaiting approval by the Democratic-controlled Senate, Biden now is being forced to wade into what Overly termed a "political quagmire."

"From his first days in office, Biden has sought to dismantle many of his predecessor's policies toward the world beyond U.S. borders. He's put particular emphasis on reasserting the U.S. as a global force keen to collaborate with — not chastise — like-minded nations on policies ranging from climate change to global health," the Politico report states. "But he hasn't touched Trump's tariffs on steel and aluminum imports, and members of his Cabinet have gone so far as to praise them. Pressure from unions is a key reason why."

Scott Paul, president of the Alliance for American Manufacturing, admitted that Biden has been placed in a tough spot.

"The Biden administration understands that simply lifting steel tariffs without any solution in place, particularly beyond the dialogue, could well mean layoffs and plant closures in Pennsylvania and in Ohio and other states where obviously the impact would be felt not only economically but politically," he explained.

Todd Tucker, director of governance studies at the Roosevelt Institute detailed the political minefield Biden and his trade and labor advisers are entering.

"On one level, the steelworkers don't represent a huge number of voters because there's just not that many of them, but they are important voters in important states," he said before adding, "If you look at the geography of where steel production is most prevalent, it's in a few congressional districts in Ohio, Pennsylvania and a few other places that are going to be important, certainly in presidential years, but some Senate races in 2022."

According to Politico, passing and signing the infrastructure bill could soften the blow for the president if he decides to roll back Trump's tariffs.

"The bipartisan infrastructure bill that has cleared the Senate would be another win for Biden with labor unions that were disappointed Trump did not fulfill his infrastructure promises. The $550 billion package would unleash billions of dollars for construction-heavy projects like roads, bridges and rail, with U.S. manufacturers and steel producers poised to benefit," Overly wrote before adding, "And the infrastructure package, if it passes, could provide some political cover for Biden if his decision on tariffs ultimately disappoints steelworkers."