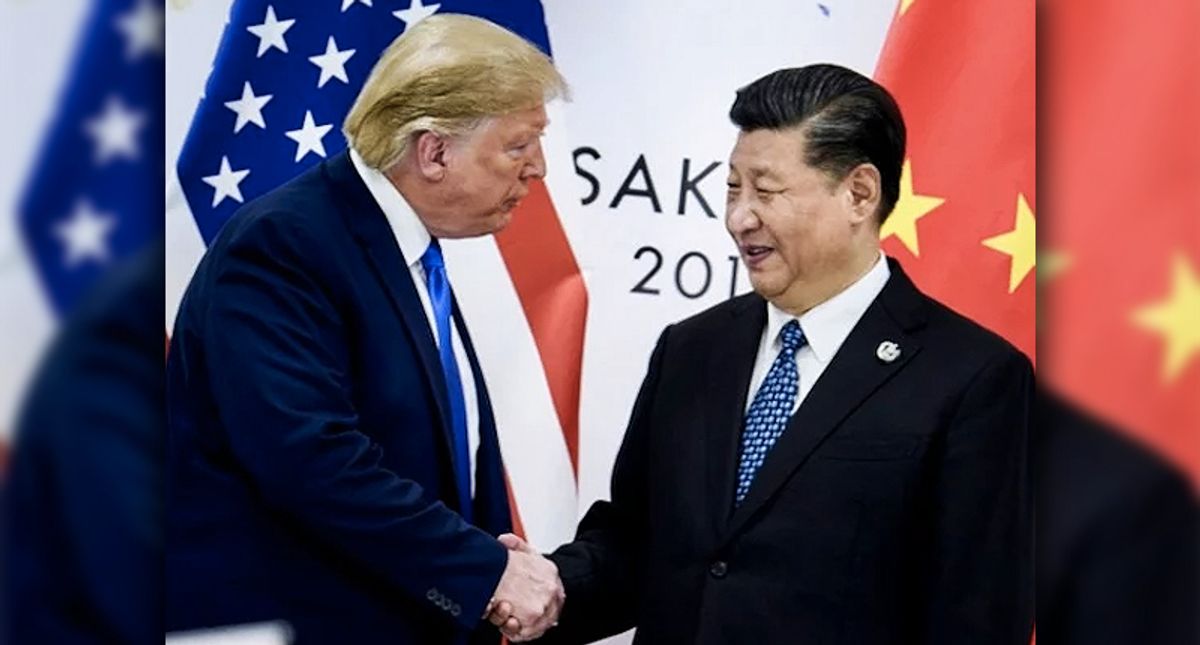 Even though former President Donald Trump regularly blamed the Chinese Communist Party for the spread of the novel coronavirus, Trump himself helped the CCP spread its propaganda about the disease after he had a phone call with Chinese leader Xi Jinping.

A lengthy report by the Washington Post's Josh Rogin documents how Trump adopted Chinese Communist Party talking points about the virus in the early stages of the pandemic as he sought to play down the disease and its potential impact on the American economy.

Even though Trump shut down travel to China in late January, he had a phone call with Xi on February 6th that, according to Rogin's reporting, convinced him that the virus was not as big a deal as his own health and national security officials told him.

"Xi... told Trump that China had the coronavirus outbreak under control, that the virus was not a threat to the outside world, and that the virus was sensitive to temperature and therefore would likely go away when the weather got warmer," Rogin reports. "None of these things was true, but Trump believed them -- or wanted to believe them -- enough to start saying them out loud, both internally and otherwise."

Trump would infamously go on to predict that COVID-19 would "disappear" as soon as the weather got warmer, a false claim that he heard directly from Xi.