Trump insiders admit his post-presidency is a 'disorganized' mess: report 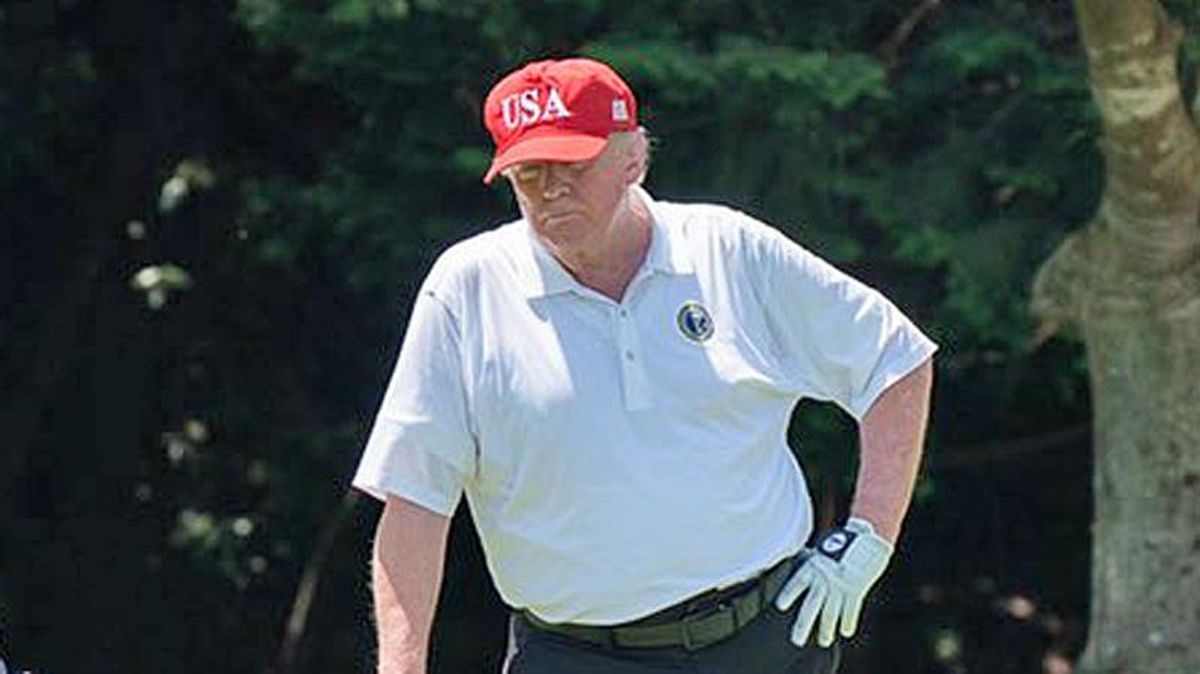 According to a report from Politico, Donald Trump's grand ambitions for his post-presidency are floundering during his "exile" to his Mar-a-Lago resort.

The former president was expected to play kingmaker in the Republican Party as he made plans for his political comeback, but aides close to the president and former White House officials are now saying his post-presidency is directionless and that his "barebones" staff is trying to keep him relevant.

According to Gabby Orr and Meredith McGraw, "His vow to target disloyal Republicans with personally-recruited primary challengers has taken a backseat to conventional endorsements of senators who refused to indulge his quest to overturn the 2020 election. And though he was supposed to build a massive political apparatus to keep his MAGA movement afloat, it's unclear to Republicans what his PAC is actually doing, beyond entangling itself in disputes with Republican icons and the party's fundraising arms."

One person close to Trump lamented, "There is no apparatus, no structure and part of that is due to a lack of political understanding on Trump's behalf."

GOP strategist Matt Gorman agreed, adding, "It's like political phantom limbs. He doesn't have the same political infrastructure he did three months ago as president."

The report states that it hasn't helped that the former President has been keeping himself out of the spotlight, with the previously voluble Trump rarely commenting on his successor Joe Biden and making few pronouncements.

"The cumulative result is political whiplash, as the former president shifts from wanting to support the GOP with his resources and grassroots appeal one day to refocusing on his own brand and thirst for vengeance the next," the report states. "Trump has always been an impulsive figure who demanded loyalty from those around him. But those traits have come with positions of power: whether atop a real estate empire, as a media celebrity, or — in his last iteration — as president of the United States.
No longer occupying a powerful office, the task has been made more complicated."

Politico adds, "He has assembled a barebones staff of paid and unpaid advisers who say they are working to vet primary candidates seeking his support and get his fundraising operation off the ground. But the factions that have already formed among those surrounding him suggest potential turbulence ahead. Three veterans of Trump's 2020 campaign — Brad Parscale, Bill Stepien and Justin Clark — have been screening primary recruitments and brainstorming ways to reestablish his online presence, while Dave Bossie and Corey Lewandowski are in talks with the ex-president to launch a new fundraising entity on his behalf, according to people briefed on the recent discussions."

Summing up Trump's post-presidential kingmaking efforts, one former White House official admitted, "You've got Trump making endorsements of people without going through the process he agreed to three days ago. It's really disorganized."