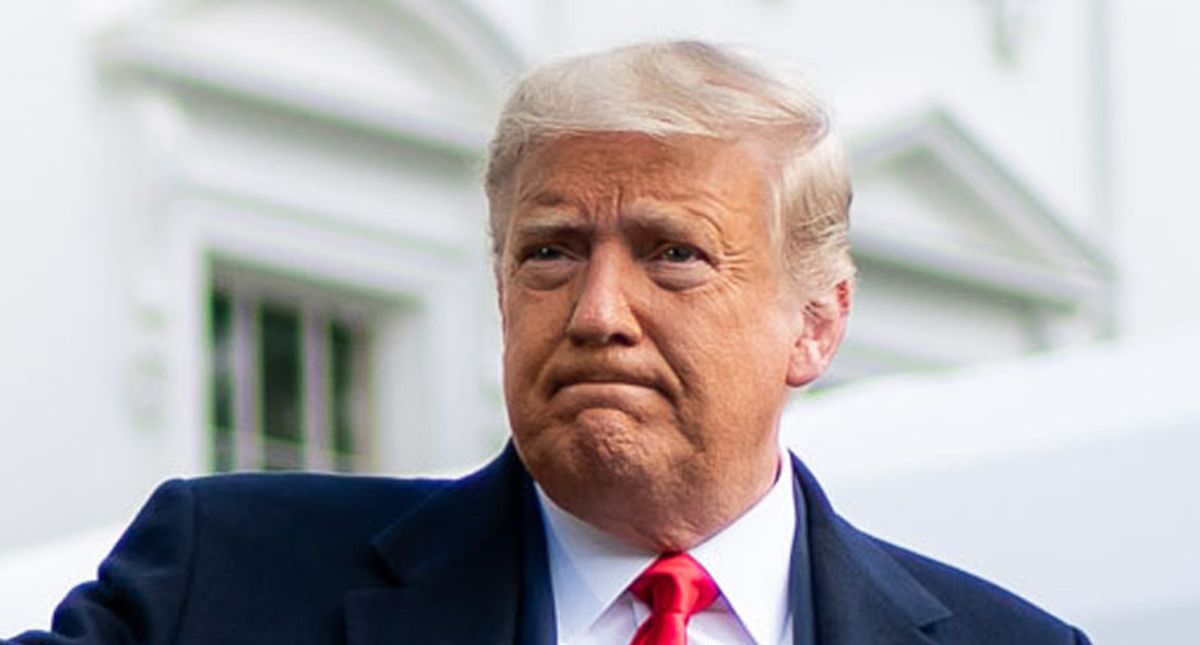 Former President Donald Trump has taken to issuing formal press releases now that he is no longer allowed to tweet, but Politico reporter Jack Shafer thinks that the former president's efforts to stay relevant are "half-hearted" at best.

In his latest column, Shafer notes how incredibly subdued Trump has been since leaving the White House in January, as he has mostly avoided public appearances outside of the occasional phone call to Fox News.

"The former president spent most of his exile in the minimum security prison that is Mar-a-Lago, where he keeps a vigil over the banquet table, gives half-hearted speeches to tens of supporters about the 'stolen election,' exposes his kissable ring to the lips of supporters and golfs," he writes.

Shafer notes that Trump's threat to create his own social media network to rival Twitter has so far gone absolutely nowhere, and he's not even fighting very hard to get Facebook to let him back onto its platform.

"Trump's media presence has tanked and Google searches of his name have collapsed," he writes. "Talk about low energy."

While Shafter admits that Trump still could stage a political comeback in the coming years, he argues that the former president's current trajectory is leading him nowhere.

"Trump has voluntarily set aside his publicity hoggery, and the media diet continues to slim him," he concludes. "Never count the old porker out, but feel free to count him down."