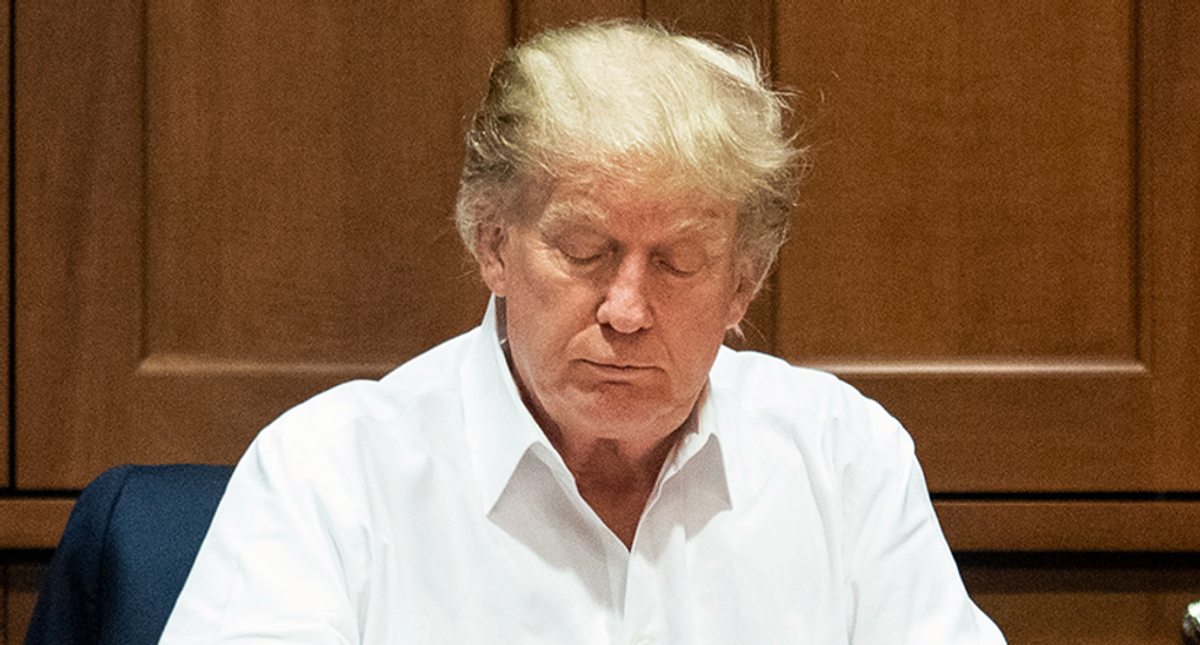 CNN's Jim Acosta on Saturday roasted Donald Trump for pushing the unhinged conspiracy theory that he will be reinstated in office in August.

Acosta noted, "there is no mechanism for Trump to get reinstated."

"That is delusional. If Trump really believes he will be back in the White House this August, he should get help. You are not well, sir. You need to get over this," Acosta said. "Same goes for the GOP.

"It's as if much of the Republic Party is trapped in a Jimmy Buffett tune," he said. "Wasting away again in Mar-a-Lagoville. Looking for that next election to assault. Some people claim that there is an orange man to blame, but I know, it's my own damn fault."

Acosta further explored the idea of Trump's situation in song.