The email, sent from a joint-fundraising committee for Save America and the Make America Great Again PAC, complained about an email sent from the Democratic Congressional Campaign Committee (DCCC), the campaign arm of House Democrats.

"Twitter has finally booted ANOTHER dangerous Republican from the platform," the DCCC email wrote.

The email cited her "dangerous disinformation."

The email from DonaldJTrump.com said the DCCC email is "outrageous."

"Can you believe it?" Team Trump asked. "It’s disgusting. This is OUTRAGEOUS, but let’s be honest, do we expect anything different from the corrupt, lying Liberals?"

Team Trump's complaints about a purported DCCC email came nine days after Trump issued a statement claiming, "Twitter is a disgrace to democracy. They shouldn’t be allowed to do business in this Country. Marjorie Taylor Greene has a huge constituency of honest, patriotic, hard-working people. They don’t deserve what’s happened to them on places like low-life Twitter and Facebook." 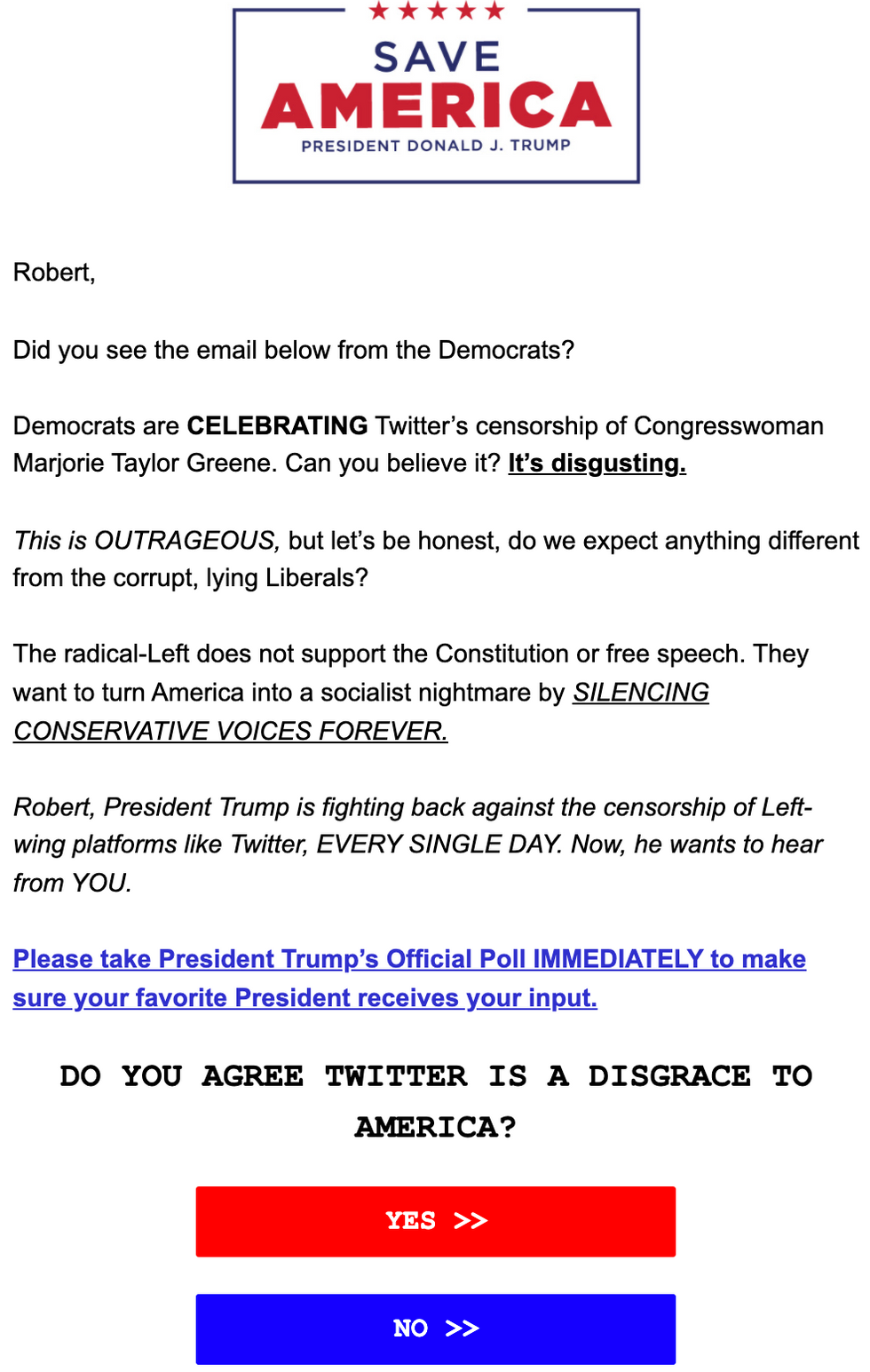 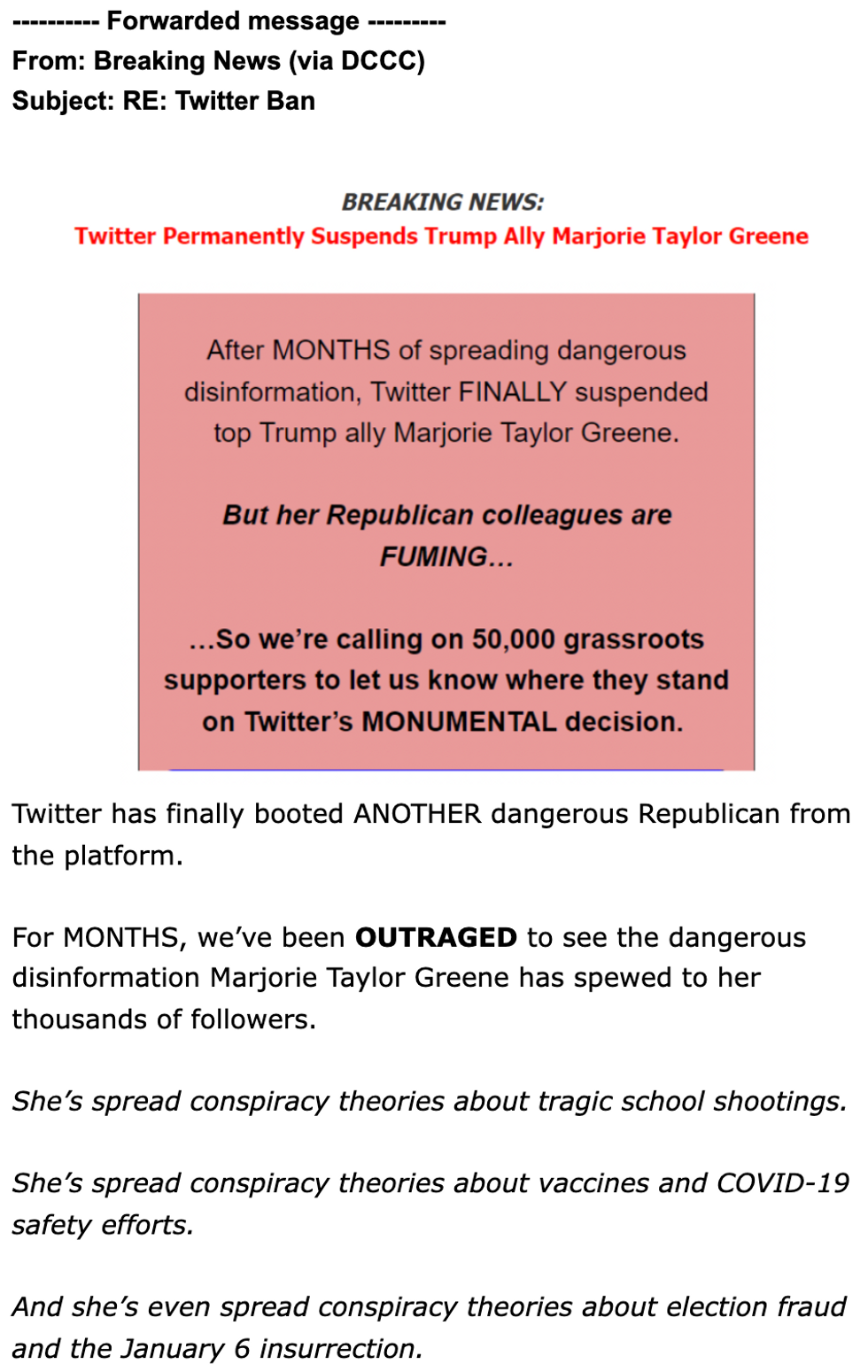 Media SmartNews
Report typos and corrections to: corrections@rawstory.com.
Like this article ? Text `Support` to 50123 to donate.
READ COMMENTS - JOIN THE DISCUSSION