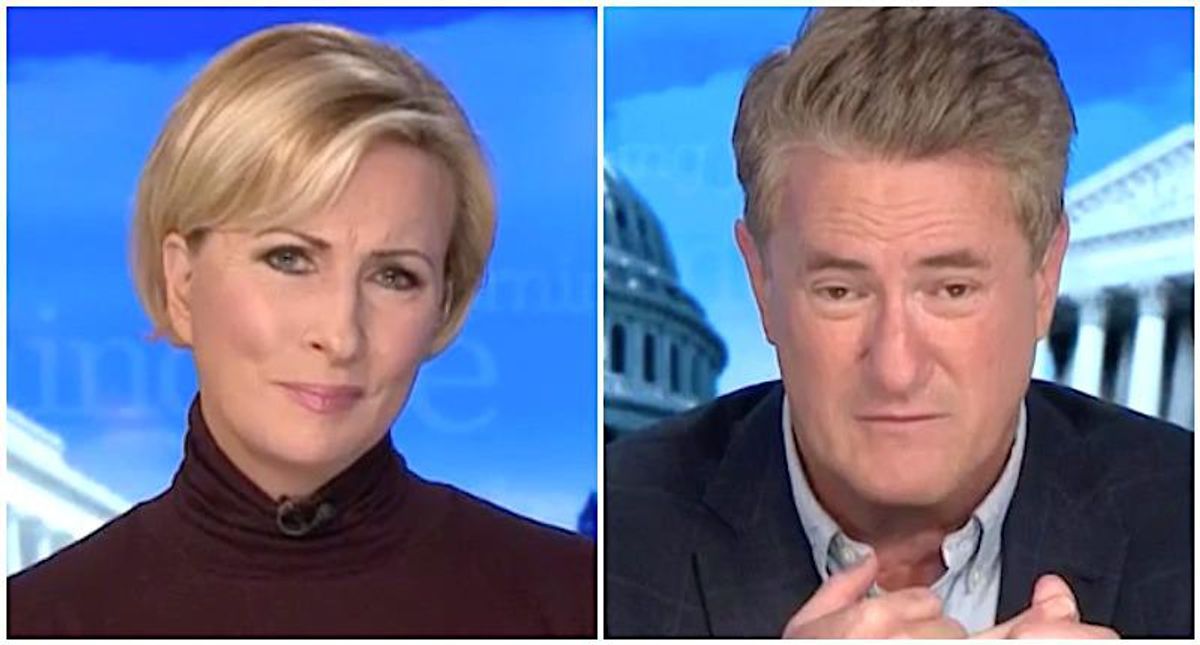 Rubio clutched his pearls over Jennifer O'Malley Dillon, Biden's campaign manager and White House deputy chief of staff, calling Republicans "f*ckers" in an interview, but has so far remained silent over the president's attempts to overturn his election loss -- to say nothing of Trump's own profligate use of profanity.

"[The president] is literally talking about martial law in the White House, in the Oval Office right now and having to be talked out of it by sycophants around [him], so bad that even sycophants are saying this to the president," Scarborough said. "Why have the 25th Amendment if people aren't going to use it in this situation, to temporarily, not permanently, but temporarily remove this president from his position until it is determined that he can safely assume that position."

Co-host Mika Brzezinski pointed out that many of those Republicans who have privately agreed the president lost the election have also publicly denounced Dillon's profane remark, for which she has apologized.

"Nope, he has no problem with the president trying to declare martial law to overturn an election," she said. "Is he afraid of women or are they all afraid of women?"

"Let's get this straight," he said. "So Marco Rubio is offended by an F-bomb inGlamour magazine, but Marco Rubio is totally fine with the president asking about martial law and the seizing of election voting machines. I think that pretty much says everything you need to know."