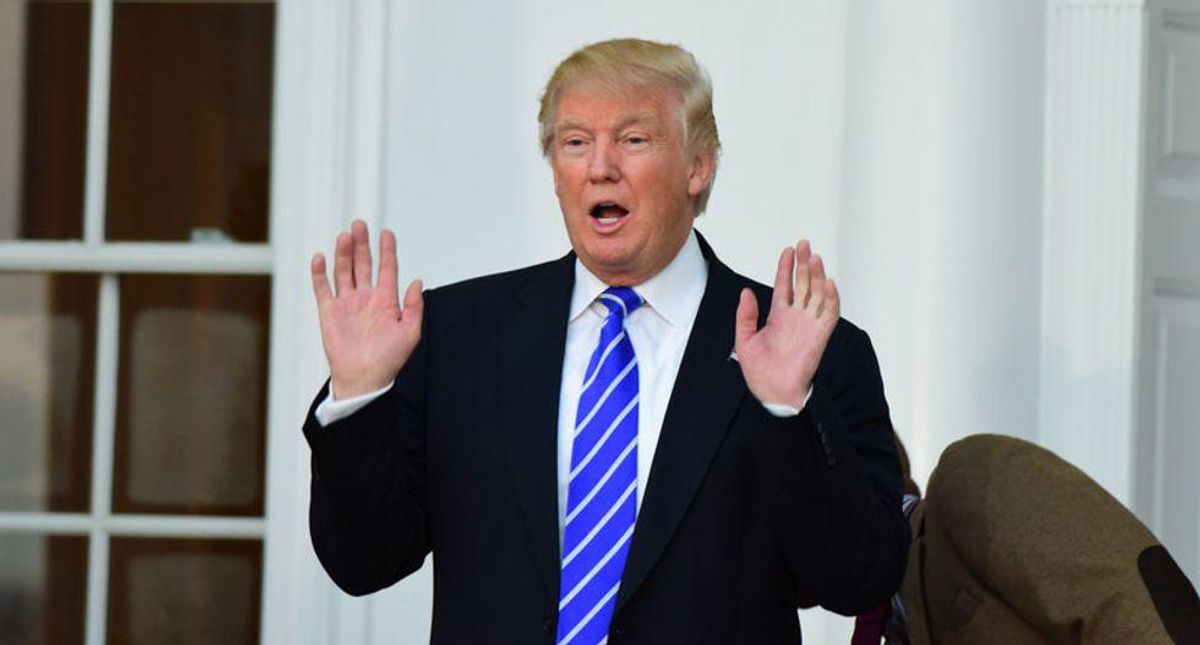 Republican infighting continues to escalate in the GOP's civil war over who is to blame for Joe Biden living in the White House.

Donald Trump has refused to concede that he decisively lost the 2020 presidential election to Biden, who received over 7 million more votes than the incumbent.

With Trump refusing to admit defeat, Republicans have spent little time debating why they lost the White House despite all of the advantages of incumbency. Instead, they have focused on what happened after Trump's defeat as he sought to overturn the results.

Trump poured more gas on the fire on Monday, lashing out at the top Republican senator and longtime GOP lawyer Bill Barr, who served as U.S. attorney general under both Trump and George H.W. Bush.

"Had Mitch McConnell fought for the Presidency like he should have, there would right now be Presidential Vetoes on all of the phased Legislation that he has proven to be incapable of stopping," Trump wrote in an email sent Monday — his latest complaints that the election results were not overturned.

"Not to mention, he lost two Senatorial seats in Georgia, making the Republicans the Minority in the Senate. He never fought for the White House and blew it for the Country," Trump complained.

The former president voiced his regret that McConnell is even in office.

"Too bad I backed him in Kentucky, he would have been primaried and lost!" he argued. "Based on press reports, he convinced his buddy, Bill Barr, to get the corrupt (based on massive amounts of evidence that the Fake News refuses to mention!) election done, over with, and sealed for Biden, ASAP!"

NBC News presidential historian Michael Beschloss imagined what the scene must be like at Trump National Golf Club Bedminister, where the former president is summering:

We can only imagine what the guy lounging at the NJ country club must have looked like while dictating his diatribe… https://t.co/YHnbYNqJ5Q
— Michael Beschloss (@Michael Beschloss) 1624906405.0

Someone has locked himself in his room and is screaming, “Unfair!" pic.twitter.com/lpTAeCJ2st
— Michael Beschloss (@BeschlossDC) June 28, 2021