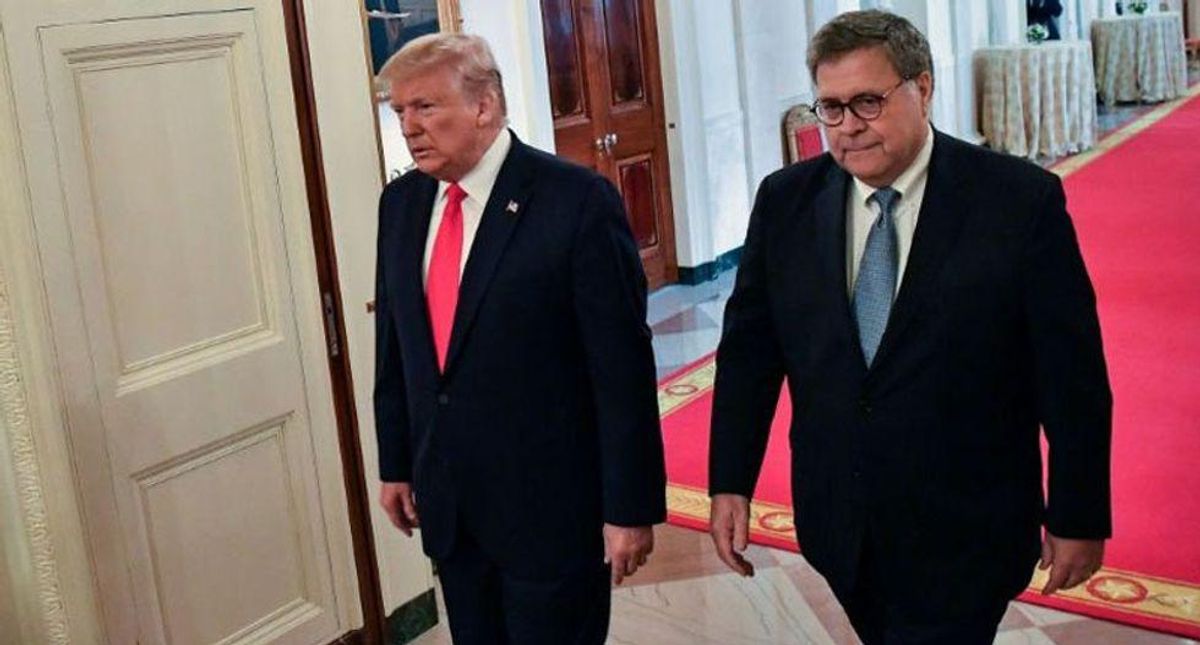 In an interview with the Atlantic's Jonathan Karl, former Attorney General William Barr spoke candidly about his battles behind the scenes with Donald Trump as the former president tried to get the DOJ to intercede and save his re-election by charging election fraud.

With Barr admitting he thought the ex-president's claims were "bullshit," he also revealed that Senate Minority leader Mitch McConnell (R-KY) implored him to get it through to Trump that there was no fraud and that he needed to drop it.

According to the report, McConnell knew that Trump's claims that the election was rigged would impact the Republicans' ability to hang onto Georgia's two Senate seats -- which they subsequently lost.

According to Karl's report, McConnell told Barr, "Look, we need the president in Georgia, and so we cannot be frontally attacking him right now. But you're in a better position to inject some reality into this situation. You are really the only one who can do it."

"I understand that," Barr reportedly replied. "And I'm going to do it at the appropriate time."

On a separate call, McConnell once again asked for help, telling Barr he needed to step up and shoot down talk of election fraud, saying, "Bill, I look around, and you are the only person who can do it."

According to the report, Barr later had a memorable exchange with the president who made a point of noting he was ignoring him and pinned it on an Associated Press report that Barr was not backing his claims.

"Did you say that?" Trump pressed, to which Barr replied, "Yes."

"How the f*ck could you do this to me? Why did you say it?" Trump demanded.