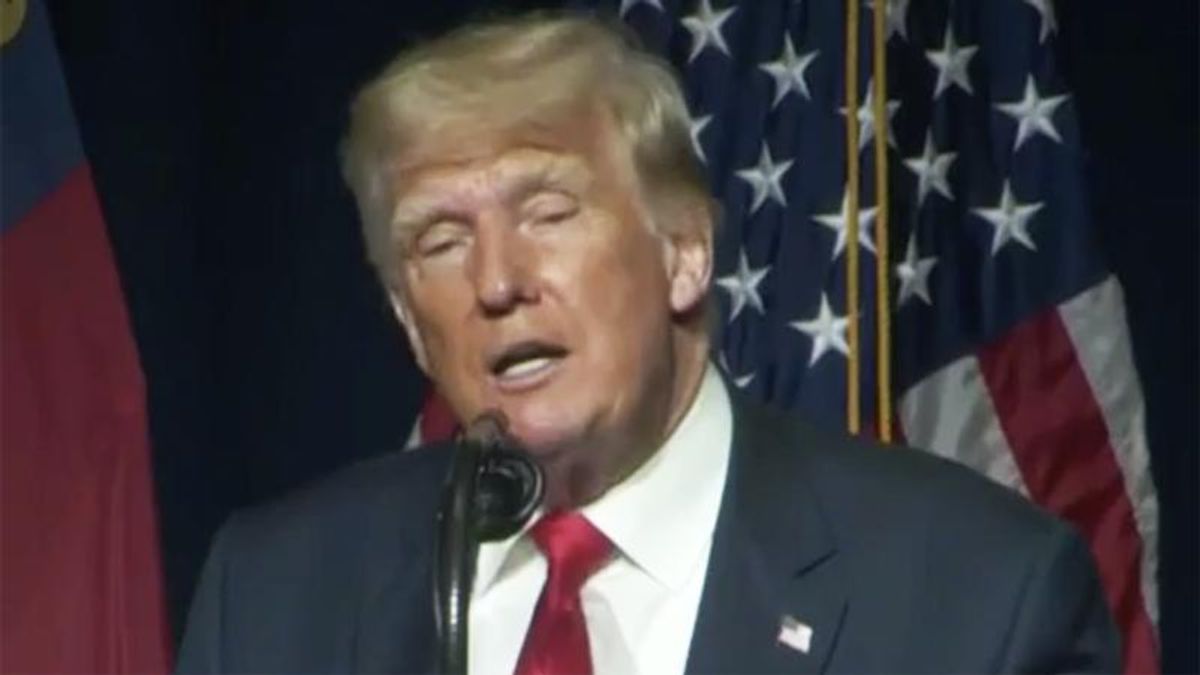 Appearing on MSNBC on Sunday afternoon with host Alex Witt, former Rep. David Jolly (R-FL) said that, although Donald Trump is still in control of the GOP, his speech in North Carolina on Saturday night revealed a man in decline which is good news for Republicans who want to take him on.

According to Jolly, "I think unfortunately Donald Trump is still relevant for a couple of very important reasons. First, he is still the leader of the party until somebody replaces him, right? He has not receded into the shadows. Secondly, he's very relevant because as leader of the party he continues to stoke the big lie, he continues to stoke this anti-democratic, illiberal attack on our democracy, if you will. that's a very dangerous moment we're living in."

Changing direction, he told the MSNBC host, "What I saw last night was a boxer who had lost a step. and if you're Kristi Noem, if you're Ron DeSantis, if you're Mike Pompeo, I think you saw your opening last night."

"Donald Trump is not going to make a declarative statement about his intentions in 2024, probably for a few years, it's no benefit for him to announce his intentions," he elaborated, "The former president will likely remain 'former' because he just doesn't have what he brought to the party, say, five years ago."