'I support him more than ever': Ohio Trump loyalists report no regrets about attending Jan. 6 protest 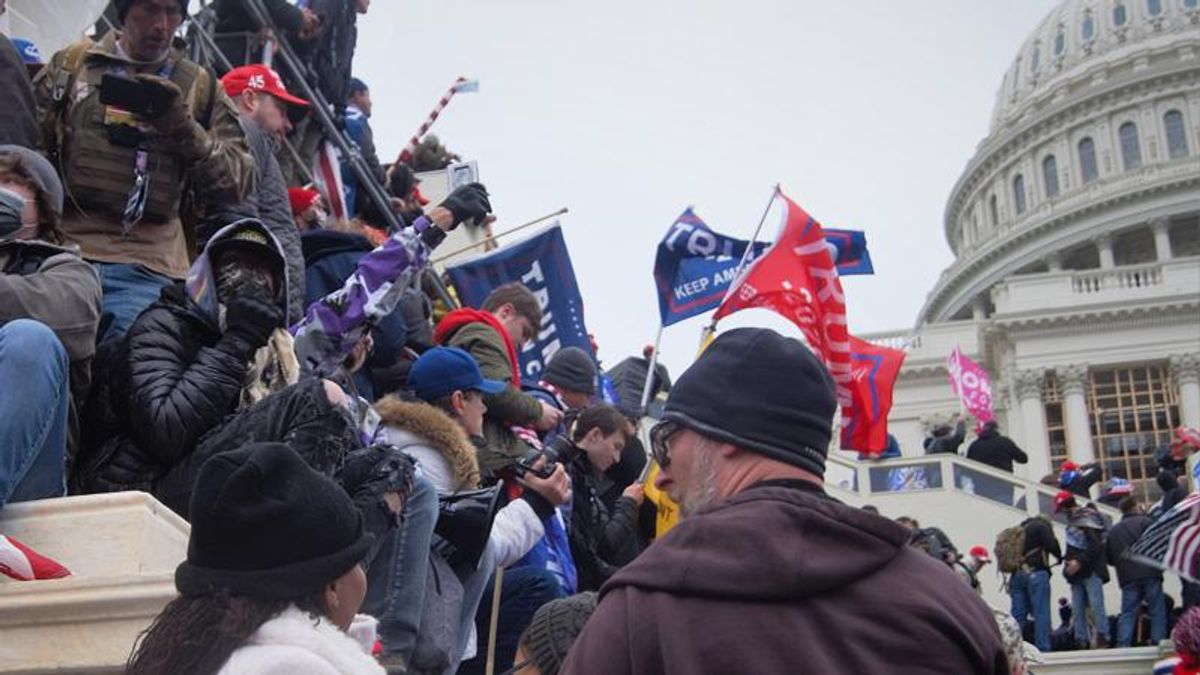 Several Ohio Republicans who attended the Jan. 6 protest in Washington, D.C., said their support for President Donald Trump was stronger than ever, despite him getting impeached a second time for inciting a violent attack on the U.S. Capitol.

About 40 supporters showed up maskless Wednesday at the R.J. Cinema and Distillery in Union Township to hear from six Clermont county residents who had attended the protest that turned violent after the president's address last week, and they reported no regrets about participating in the instantly infamous event, reported the Cincinnati Enquirer.

The attendees took part in a few polls at the event organized by Chris Hicks, head of the Clermont for Trump organization, and 77 percent of them agreed their support had grown stronger since the Capitol siege, while the other 23 percent had the same view -- and no one reported their support had waned.

"The bottom line is, 99.9 percent walked calmly, peacefully to the Capitol and stood around with our flags," said Cindy Alvey, of Pierce Township, who went to the protest with friends and didn't realize anything had gone wrong until she saw an alert on her phone announcing a citywide curfew in Washington.

Hicks cut off several attendees who speculated that Antifa activists had caused the violence, although one woman told the Enquirer afterward that she's pretty sure she spoke to one of them in her hotel elevator the night before the protest, which she told the man she planned to attend.

"He goes, in a very solemn tone, 'Well, that's obvious from what you're wearing," said the one, who declined to give her name. "When we got off, I said, 'Mark, I think he might be Antifa, that was weird.'"

Alvey and the others who went reported little police activity, but they were alarmed when they saw people climbing walls and trees outside the Capitol.

"I'm thinking at the time, wait a minute, this guy is dangling from scaffolding and nobody is telling them this is a danger," said one woman who also declined to give her name. "You would think they would have a better protection, police saying something."