Trump Org loses court battle — must be overseen by outside monitor: NY judge

"Although, for present purposes, the Court need not detail every instance of fraud found in the record, the following examples are particularly compelling," Engoron wrote.

IN OTHER NEWS: Conservative OAN host rages about being dropped from another cable network

In discussing how lawyers for the Trump Organization claimed his 10,996 square foot Trump Tower Triplex was 30,000 square feet, the judge wrote in a footnote, "it belies all common sense to assert that Mr. Trump, who resided in the Triplex for over 35 years and who purports to be 'one of the top businesspeople' was not aware that he was over-representing the size of his home by nearly 200%."

The judge ruled the defendants, "are hereby preliminary enjoined from selling, transferring, or otherwise disposing of any non-cash asset listed on the 2021 Statement of Financial Condition of Donald J. Trump."

"This Court will appoint an independent monitor, to be paid by defendants, for the purpose of ensuring compliance with this order," the judge wrote. 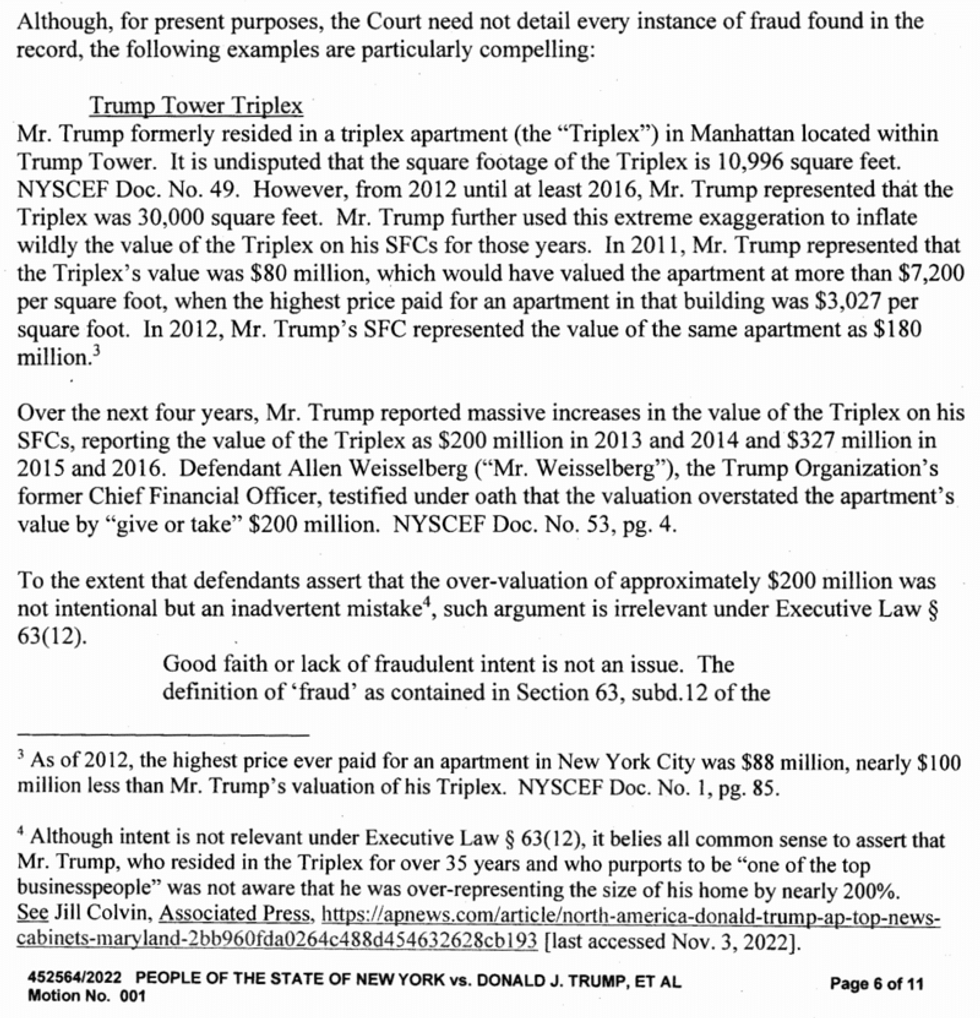