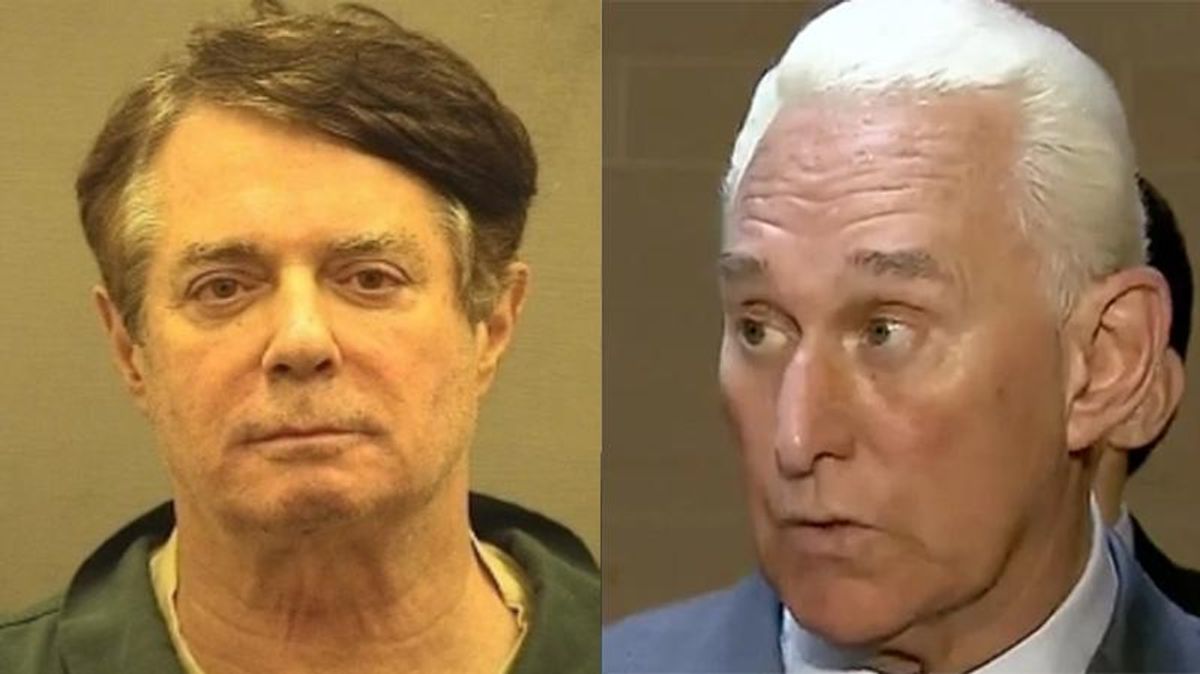 Appearing on MSNBC's "Morning Joe," attorney Andrew Weissman, who served as the lead prosecutor in the special counsel Robert Mueller's investigation into Russian interference in the 2016 election, said Donald Trump's pardons of former campaign manager Paul Manafort and adviser Roger Stone put them in the position of being called back before a grand jury where they could find themselves in new legal jeopardy.

Speaking with co-hosts Joe Scarborough and Willie Geist, the attorney explained that the pardons put them in the position where they could be compelled to answer questions about the Trump campaign without the ability to plead the 5th Amendment protecting them from self-incrimination because they have already been pardoned.

"Since they've been pardoned, since they've had their sentences commuted, can Stone, Roger Stone and Paul Manafort, General [Mike] Flynn, can they not be dragged in front of a grand jury again and forced to testify? They can't incriminate themselves, they've already been pardoned. Can they lie, you know they'll do it, they can't help it.," Weissman was asked.

"Absolutely," he replied. "So I'm glad you asked that, because you cannot be pardoned for future crimes and each of those people, Roger Stone, Paul Manafort, Michael Flynn, has evidence in their head. They have information that a grand jury could seek, they can all be given grand jury subpoenas, required to testify in the grand jury."

"If they then lie before the grand jury, which is a new crime, and that happens after January 20th, there is no President Trump at that point to, you know, give them a get out of jail free card, and so all of this effort by the president to shield, you know, his friends and allies and, you know, potential conspirators will be for naught, because all of these people can be in that trick box of being put before the grand jury where they either have to tell the truth or they risk being prosecuted for a new crime of perjury and obstruction of justice," he added.