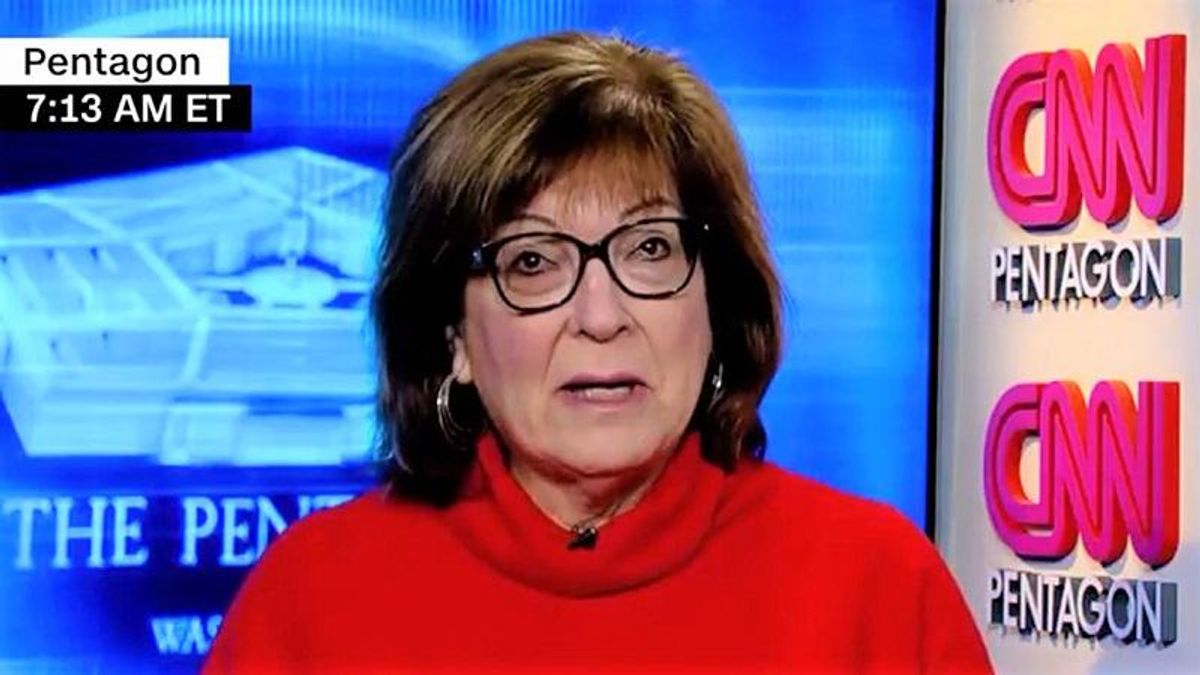 CNN chief Pentagon correspondent Barbara Starr on Tuesday said that senior Defense Department officials are growing anxious over what President Donald Trump will order them to do in the next month.

According to Starr, whose work backs up reporting by Axios' Jonathan Swan about other White House officials' alarm over Trump's mental state, Pentagon officials fear that Trump will directly order them to intervene to help him stay in power.

"I talked to a dozen officers or so. Some in the Pentagon, some in other areas, and they all are expressing the same concern," Starr revealed on CNN. "The conversation is the same and it goes something like this: We don't know what he might do. This is their commander-in-chief and they are concerned... that the president might decide to use troops, the military, somehow, in his effort to overturn the election."

Starr then pointed to pushback from retired military brass against disgraced former national security adviser Mike Flynn, who has openly pushed for the president to declare martial law and have the military re-do the entire 2020 election.

"This is the conversation at the Pentagon, some 30 days to go," Starr said.