Donald Trump took to his Truth Social website on Friday night to commemorate his relationship with Queen Elizabeth II as questions remain as to whether he will be invited to her funeral.

Over the course of 3 minutes, Trump posted 9 photos of the two.

There is a long history of former presidents joining major funeral delegations, CNN reported on Friday.

The question of whether Trump will be included will fall to President Joe Biden, a man Trump insists is an illegitimate president as the former president continues to spread his debunked lies about widespread election fraud in the 2020 election.

"Former presidents are not expecting to receive individual funeral invitations from Buckingham Palace, according to two people familiar with protocol, with the expectation that the US will get one official invitation through the White House," CNN reported. "This means Biden will ultimately decide who will join his official delegation to the funeral ceremonies in the United Kingdom. No decisions will be made until a formal invitation is made from the palace, a White House official said, even as preliminary discussions are already taking place."

ALSO IN THE NEWS: 'Unhinged' Trump's response to DOJ appeal exposes split with his lawyers: analyst 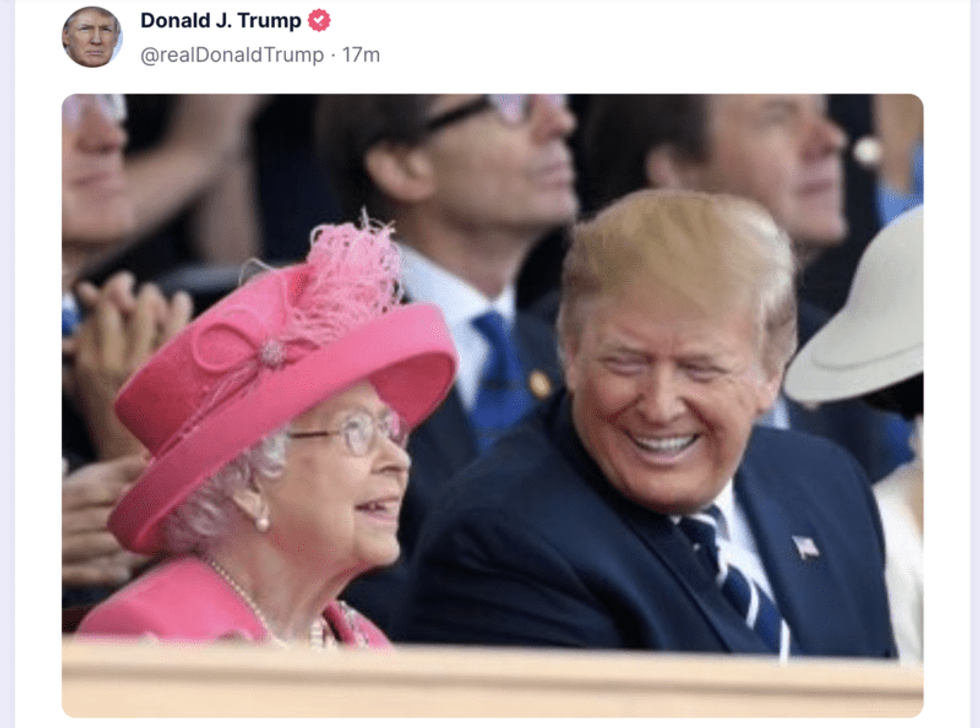