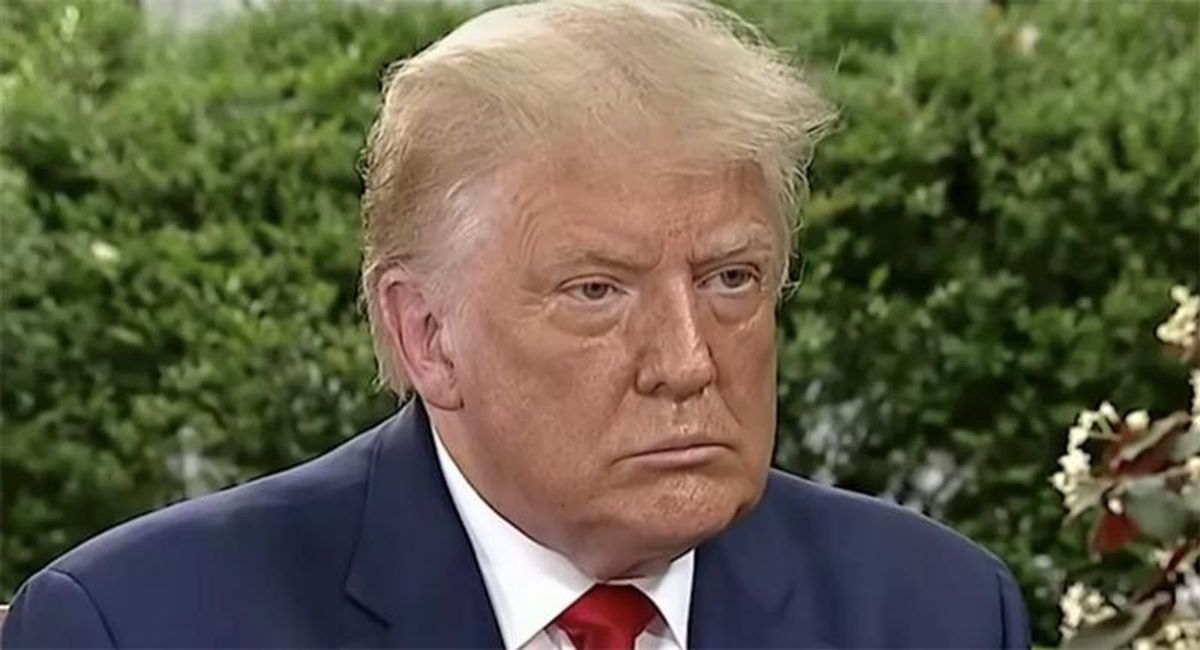 While the White House under Trump was very forthcoming for most of his tenure as to where the checks went, just prior to the 2020 election that Trump lost, no mention was made to whom Trump bestowed a check and now close aides are refusing to provide the info when asked.

As the report states, "Trump's White House never said where — or even if — he donated the last $220,000 of his salary, covering the final six months of 2020 and the first 20 days of 2021. Now, six months after he left office, it's not clear where Trump donated that remaining salary — or if he donated it at all. Trump had given all his previous donations to federal agencies, paying out $100,000 every quarter. But The Washington Post surveyed all major federal agencies, and none has reported receiving anything from Trump after a gift in July 2020."

According to Fahrenthold, recent questions to aides to the ex-president have first been met with a promise to get back with the information and then -- silence.

Trump's last known gift came on July 23, 2020, according to government documents. Trump gave to the Park Service again, 'to support its efforts in repairing and restoring our national monuments," according to a letter that Trump's attorney Sheri Dillon sent the Park Service along with the check," he wrote before adding, "After that gift: nothing. Or at least, nothing public. Neither Trump nor his White House announced any further donations."

"In recent weeks, The Post contacted 15 major federal departments, including the eight that Trump had given to before, plus five agencies whose leaders attend Cabinet meetings. None provided any confirmation of a gift from Trump after July 2020," Fahrenthold reported before conceding, "That is not proof that the gifts were not made, however. Some of the major departments declined to comment. And The Post did not survey every single agency or office of the federal bureaucracy — a list so long that even the government itself has trouble counting it."

However, Trump's former and current spokespeople could clear up the mystery of whether he stood by his promise until his last days in office. But they are not talking.

"The Post also contacted two different spokespeople for Trump's post-presidential office. On June 10, spokesman Jason Miller wrote back, 'Let me inquire and get back to you.' But he did not provide details, and later left Trump's office," Fahrenthold reported. "Liz Harrington replaced Miller as Trump's spokesperson. 'I will try to track this down, she wrote on July 21, when The Post asked again. Since then, Harrington has not responded to queries about the pledged donations."