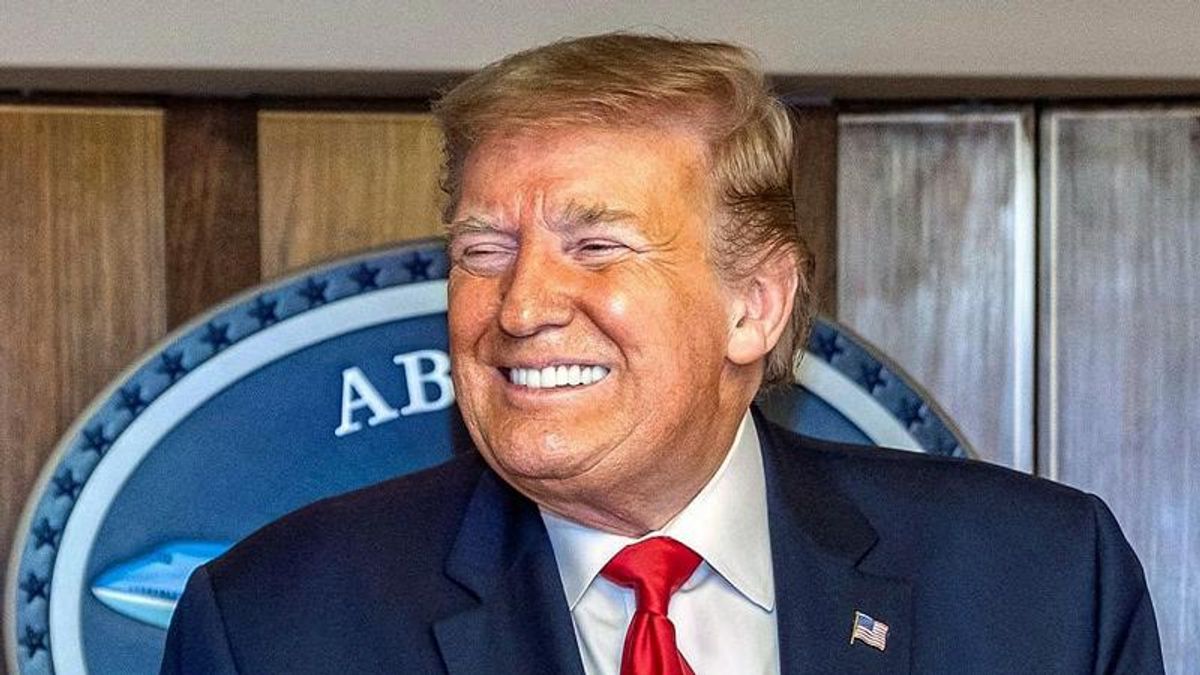 According to a report from Forbes, the Trump International Hotel in Washington DC has massively increased rates on the dates QAnon believers are claiming Donald Trump will oust President Joe Biden and once again assume control of the U.S. Government.

According to a theory pushed by so-called "sovereign citizens" that has been making the rounds since Biden was inaugurated, on March 4th Donald Trump will once again be president.

"Sovereign citizens believe that a law enacted in 1871 secretly turned the U.S. into a corporation and did away with the American government of the founding fathers. The group also believes that President Franklin D. Roosevelt sold U.S. citizens out in 1933 when he ended the gold standard and replaced it by offering citizens as collateral to a group of shadowy foreign investors." Vice previously reported.

With that in mind, QAnon adherents are planning on holding inauguration festivities that day to welcome the ex-president back.

Never one to pass up an opportunity to cash in on making a buck off of fans of the now ex-president, his hotel bumped their rates. Substantially.

"At the Trump International Hotel in Washington DC, the least expensive room option is the deluxe king, ranging in size from 350 to 475 square feet. At this time of year, it normally runs anywhere from $476 to $596 per night," the report states. "Interestingly, on March 3 and 4, the same room is selling for $1,331 per night. That's 180% above the base rate and more than double what you'd pay any other night in February or March, according to the hotel's website."

The report goes on to note that it appears that only Trump's hotel is expecting a crowd during those days, with Forbes' Suzanne Rowen Kelleher writing similar luxury hotels -- the Four Seasons, Hay Adams, and St. Regis — offfering regular rates on the 3rd and 4th.

According to Zach Everson, who has tracked the comings and goings at the president's hotel, "Without insight from the secretive and privately held Trump Organization, it's impossible to definitively attribute a price change."