Trump refused to meet with Nikki Haley -- so she rushed a WSJ op-ed to patch things up: report 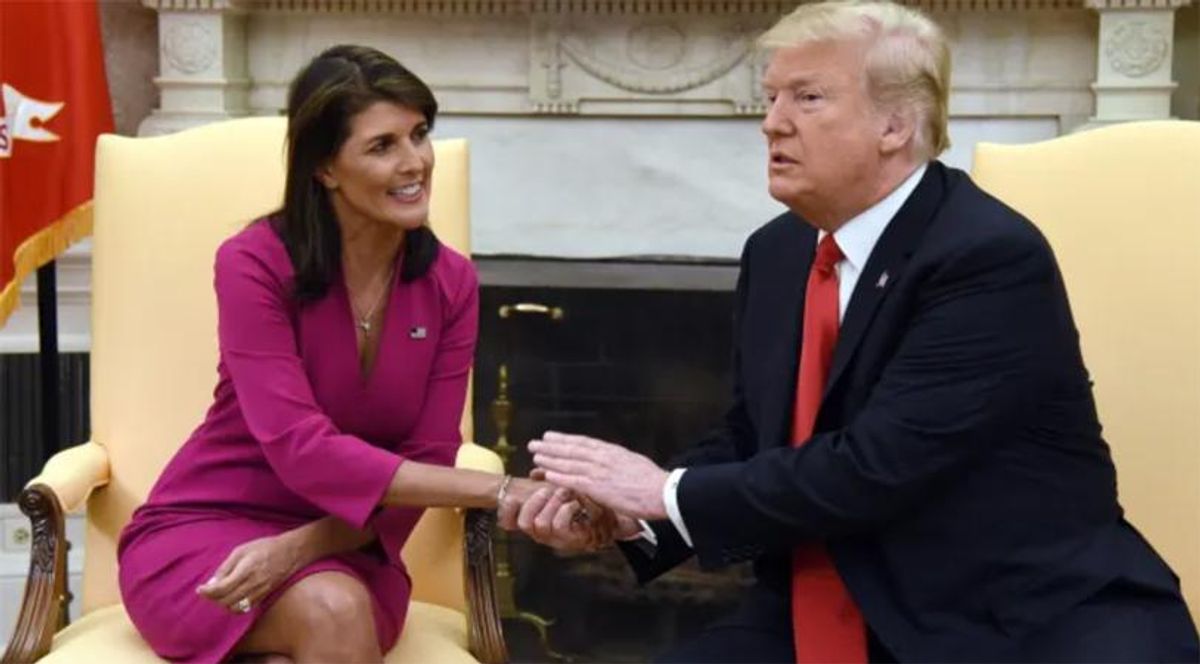 Former President Donald Trump refused to see his former ambassador, Nikki Haley, Politico reported on Thursday. So, she tried to patch up their relationship with a Wall Street Journal op-ed.

Afternoon Playbook cited one source familiar with the situation who said that when Haley reached out Wednesday to Trump, who has moved into Mar-a-Lago as his permanent residence, he turned her down. She reportedly wanted a sit-down meeting with him since the two haven't spoken since the Jan. 6 attack on the U.S. Capitol.

"He's not going to run for federal office again," Haley also said. "I don't think he's going to be in the picture."

Trump apparently saw her words, because he refused to receive her.

Playbook noted that it comes after Tim Alberta penned a "deep dive" in POLITICO Magazine about Haley's ambitions for the presidency, noting that "she's trying to have it both ways with Trump."

She is attempting to fix the relationship with an op-ed Thursday in The Journal, blaming the media for divisions in the country.

"But Trump, apparently, isn't having it," the report said.

Read the full story at Politico.