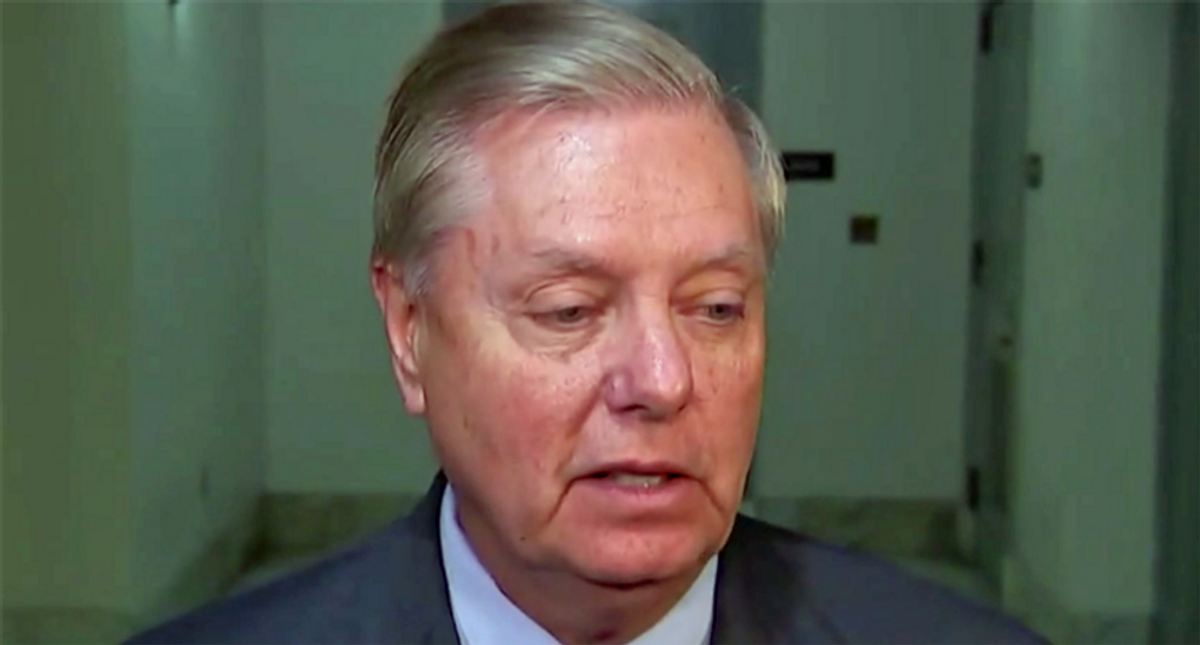 In her column for the Washington Post, conservative commentator Jennifer Rubin lambasted Republican lawmakers for degrading themselves and parroting whatever "nonsense" Donald Trump comes up with, saying their desire to be thought of as "important" overrides any sense of self-respect.

"This sorry sight is unsurprising given that Republicans have all but given up on the notion of governance," she wrote before charging, "At the national level, they consume themselves with race-baiting (e.g., scaring Americans about immigration and critical race theory), assailing private companies (e.g., corporations that defend voting rights, social media platforms, book publishers) and perpetrating the most ludicrous and dangerous lie in memory — that the 2020 election was stolen."

Getting to the root of the matter, Rubin suggested that Republicans holding office aren't in the business of governing -- they're in the business of landing the job and all that comes with it and then clutching desperately to their positions of power for as long as they can.

"One might wonder from time to time why Republicans even bother running for election. Because they have so little interest in governing (other than in protecting tax cuts for the rich, shielding the gun lobby from reasonable regulation and dictating women's reproductive choices), they might as well take on the role of social media trolls and right-wing media guests full-time," she wrote. "In truth, a great many Republicans simply like to be 'important people' with the perks of holding office. It seems the notion of finding other work causes them to break out in a cold sweat, so they adopt insane MAGA positions so as not to offend the mob they helped rile up."

"Certainly, there are true believers who believe Trumpian rubbish and take right-wing TV hosts' conspiracies as gospel, but they are a distinct minority," she admitted. "Time and again, we hear from Republican dissenters that most of their colleagues do not really believe the MAGA party lies; what they believe in is the necessity of their own reelection."

According to the conservative columnist who turned against the Republican Party due to Donald Trump -- GOP lawmakers are handing Democrats the weapon they need to beat them at the polls.

"Democrats should be more blunt in castigating Republicans who are not even trying to serve their constituents. They should say it often and simply: Republicans have little to notion to offer anyone but the very rich. They rely on scaring and enraging their base both to distract from their lack of interest in governing and to goad supporters to turn out to defeat Democrats. And now, they want to make it harder for critics to vote them out of office," she wrote before adding, "What a racket."