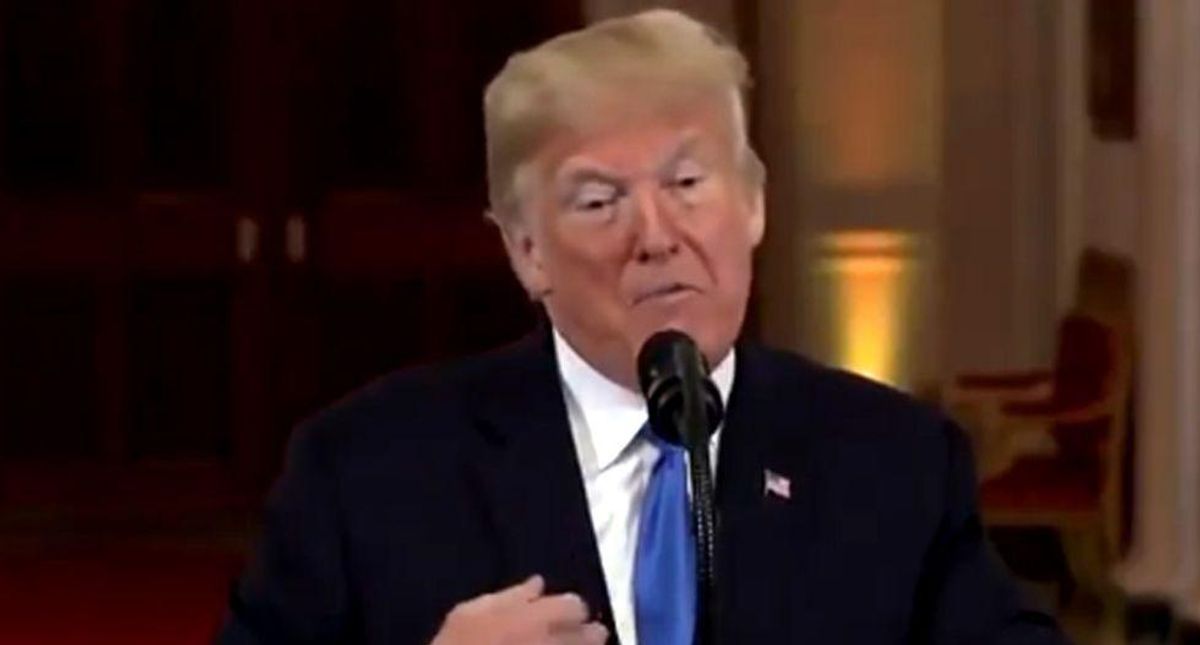 It was something that Bump confessed he thought would change the way Trump was perceived by Republicans. He assumed Trump's political future would be stymied by inevitable news uncovered once he was no longer in control of the departments he ruled as president.

"There was a theory, to which I once ascribed, that Donald Trump's efforts to remain salient in American politics could be hobbled by what might be learned after he left office. After all, while he was president, there was an obvious protective layer at play, appointees loyal to Trump who would not be eager to reveal any dubious behavior on the part of the president or themselves. Who knew what might emerge, I figured?" Bump wrote. he noted that he assumed anything Trump or his team did would make things difficult in 2024.

He realized that's not going to happen. Bump confessed he has no idea where the hope came from given Americans have seen Trump slip through accountability time after time after time.

"Everything that exists with any blurriness at the edges gives Trump space to cherry-pick some argument about how he was right," Bump wrote. "The media is held to a standard demanding perfection but Trump is happy to present as true theories cobbled together with twigs and chewing gum."

It's already clear Trump is claiming victory on a slew of issues that he mischaracterized in the News section of his website. He explained that nuance is Trump's ally in that Trump can twist anything to his benefit, requiring the opposition to come back with the nuanced answer that doesn't fit into a carefully crafted t-shirt slogan.

"We can pretty easily predict a Trumpian response to this issue: The fake news media got it wrong again (because the headlines or stories didn't match eventual revelations)!" he assumed. "Even if a document emerged showing Trump's signature underneath an order to, say, investigate the personal lives of his enemies, there would be some rationalization or redirection offered that neutered the issue for his base, like that the paper wasn't the right color or his signature looked like a forgery."

He recalled the time Trump tried to say that the "Access Hollywood" tape wasn't him.

"What could emerge that he couldn't wave away? What could be revealed that can't be retrofit into a criticism of his opponents? Nothing has. It seems safe to say that nothing will be," Bump closed.