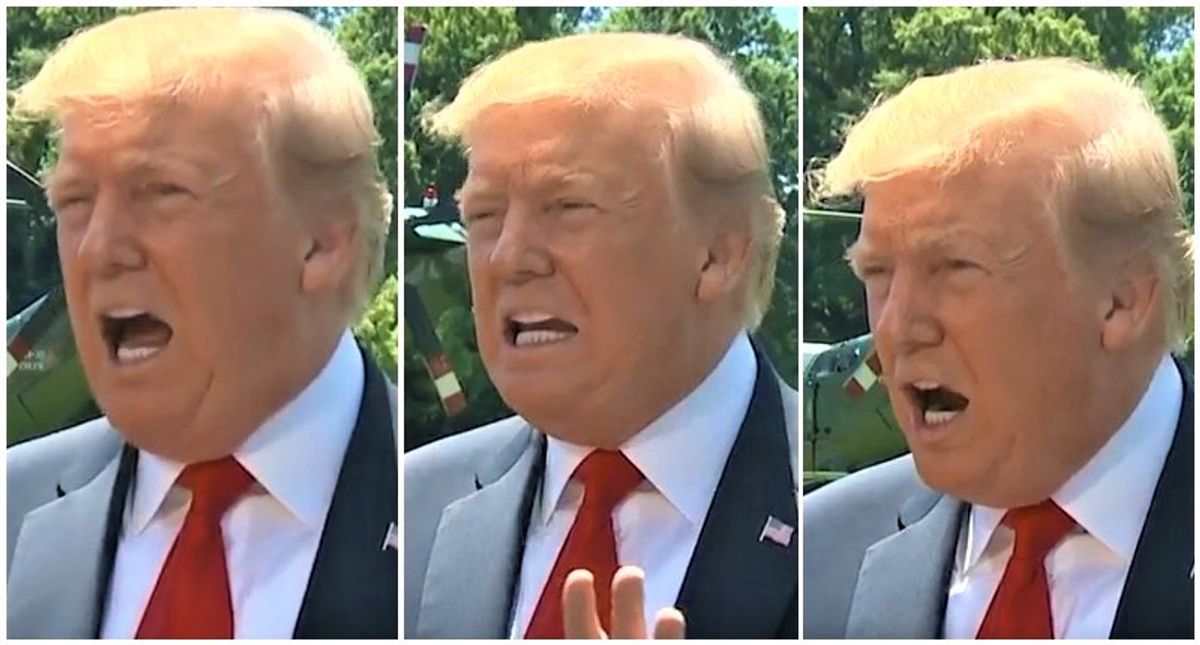 A Washington, D.C.-based government watchdog group has filed a criminal complaint calling on the Department of Justice and Federal Bureau of Investigation to immediately probe "whether President Trump and his associates seditiously conspired to forcefully overthrow our democracy."

The complaint (pdf) filed Monday by Citizens for Responsibility and Ethics in Washington (CREW) focuses on the Jan. 6 violent attack on the U.S. Capitol to disrupt the certification of President-elect Joe Biden's win and the actions Trump took that day — and in leading up to it — that directly incited the insurrection attempt.

"In what will be remembered as a dark day for American democracy, President Trump and his co-conspirators appear to have engaged in nothing less than an attempt to overthrow the government by force," CREW executive director Noah Bookbinder said in a statement. "This cannot go unanswered."

The filing cites as evidence Trump's remarks before the "Save America March" including "We will stop the steal." The document further points to the president telling the crowd to "fight much harder" and that "you'll never take back our country with weakness." Trump also said, "You have to show strength, and you have to be strong."

The rally was just part of Trump's "months-long campaign to undermine faith in the democratic process and convince his supporters that he had won an election he had clearly lost." That effort included his urging Republican lawmakers to "fight" and explicit promotion of the rally, says the filing.

In short, wrote CREW, "Trump's supporters did exactly what he urged them to do."

What's more, the president declared support for the mob's actions after the attack, including by calling the right-wing extremists "great patriots" and telling them in a video message: "We love you, you're very special."

"While President Trump and his associates likely committed a multitude of federal criminal offenses prior to and during the insurrectionary events of January 6, 2021, the president's larger purpose appears to have been the violent overthrow of the United States government by delaying, hindering, or stopping Congress from affirming the results of the 2020 presidential election," according to the complaint.

"It appears that President Trump engaged in a seditious conspiracy to prevent, hinder, or delay by force the lawful transfer of power," the complaint says, "and to thus overthrow the government of the United States."

An accusation of sedition "should be reserved for only the most extreme circumstances," CREW wrote. "This is such a circumstance."

The complaint came as Democratic leadership is facing demands for a swift vote on articles of impeachment against Trump. Freshman Congresswoman Cori Bush of Missouri is also leading a resolution to launch investigations for removal of House Republicans who helped incite last week's violence.

Republican Sens. Josh Hawley and Ted Cruz, meanwhile, are the targets of a petition signed by thousands of lawyers and law students who say Hawley and Cruz "directly incited the January 6th insurrection, repeating dangerous and unsubstantiated statements regarding the election and abetting the lawless behavior of President Trump."

Progressive lawmakers including Rep. Alexandria Ocasio-Cortez, D-N.Y., have warned in recent days that failure to hold Trump and other election result-denying GOP lawmakers accountable would ensure that a similar attack on the Capitol will happen again.