'An awful lot there': Top Dem serves notice to Trump that his former AG spilled the beans in 7-hour testimony 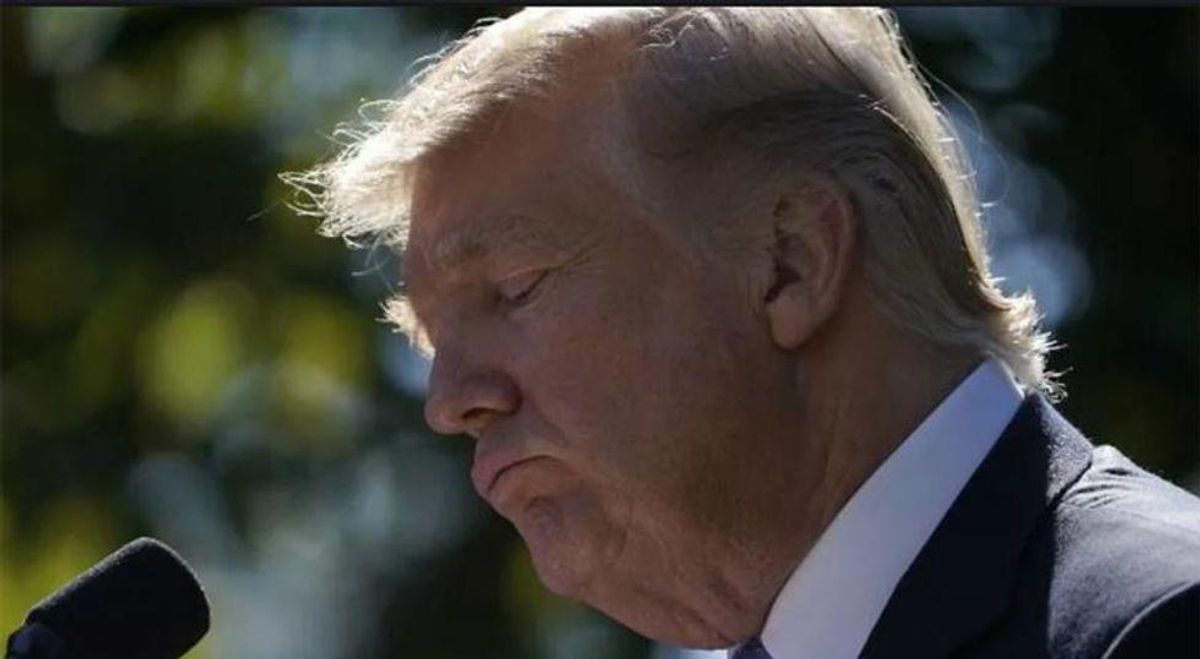 Speaking with CNN "State of the Union" host Dana Bash on Sunday morning, Sen. Dick Durbin (D-IL) was closed-mouthed about the particulars but revealed that Jeffrey Rosen -- former acting Attorney General under Donald Trump -- provided lawmakers with a treasure trove of information about Trump's attempts to interfere with the 2020 presidential election results.

On Saturday it was revealed that Rosen made himself available to a closed session of lawmakers and their aides from both parties to answer questions about Trump's requests that he use the Department of Justice to intercede on his behalf to stay in office after losing to now-President Joe Biden.

Asked by the CNN host what Rosen revealed, Durbin summed the testimony up with "There is a lot," later adding, "An awful lot there."

"He told us a lot-- seven hours of testimony," the Democratic lawmaker began. "I might quickly add, this was done on a bipartisan basis, Democratic staff and Republican legal staff asking questions during this period of time. Mr. Rosen appeared voluntarily, which says a lot, and cooperated with us."

"The Justice Department had set it up for us and said we're waiving any privilege," he elaborated. "He can speak to any issue --we're not holding back. I thought he was very open. There's a lot there, an awful lot there, you can imagine seven hours of testimony."

"What did he tell you specifically about the pressure that the former president placed on him directly?" the CNN host pressed.

"I can't get into that at this moment. I can tell you ultimately there will be a report," Durbin stated.

"When you were listening to that testimony yesterday, what was the most shocking to you?" Bash asked.