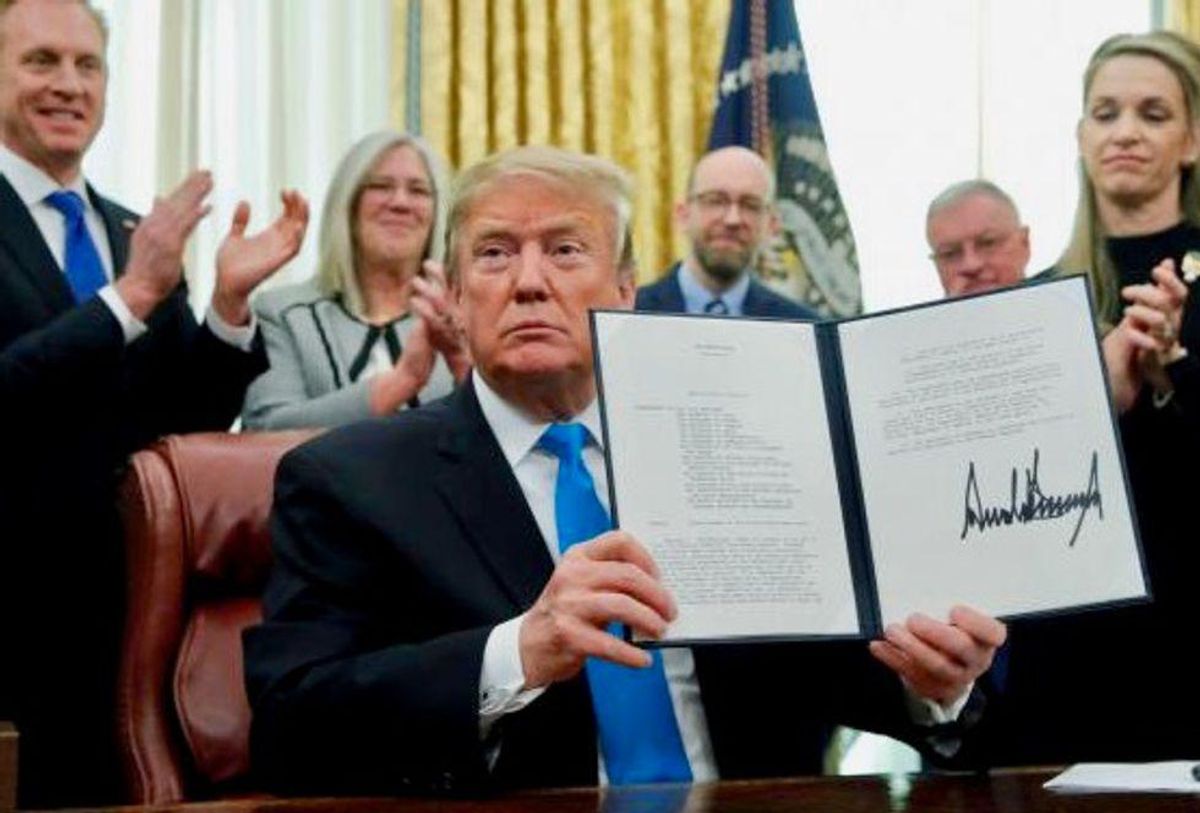 Former president Donald Trump claimed Friday morning he "single-handedly" selected Alabama as the home for the "Space Force" — even though Air Force officials have previously insisted the decision was not politically motivated.

"Space Force — I sent to Alabama," Trump said in a telephone interview on the Alabama-based syndicate radio show "Rick&Bubba."

Trump is set to hold a MAGA rally in Cullman, Alabama, on Saturday.

AL.com reports that in January, the Air Force selected Huntsville over five other finalists as the home of Space Command, which is the official name of the organization that's set to relocate to Alabama (Space Force is based at the Pentagon). Lawmakers from Colorado, one of the other finalists, have criticized the decision, alleging it was politically motivated.

Republican Colorado Rep. Doug Lamborn said during a congressional hearing in June that his "understanding is that this was a political decision by the last administration and that the Air Force, while initially selecting Colorado Springs, had to go back and scramble to justify a different siting decision."

"I have personally no evidence that the decision was politically motivated," Roth told Congress. "It was the result of our strategic basing process, and we have worked with all the stakeholders to try to do the analysis and we're now in the process of doing the environmental analysis."