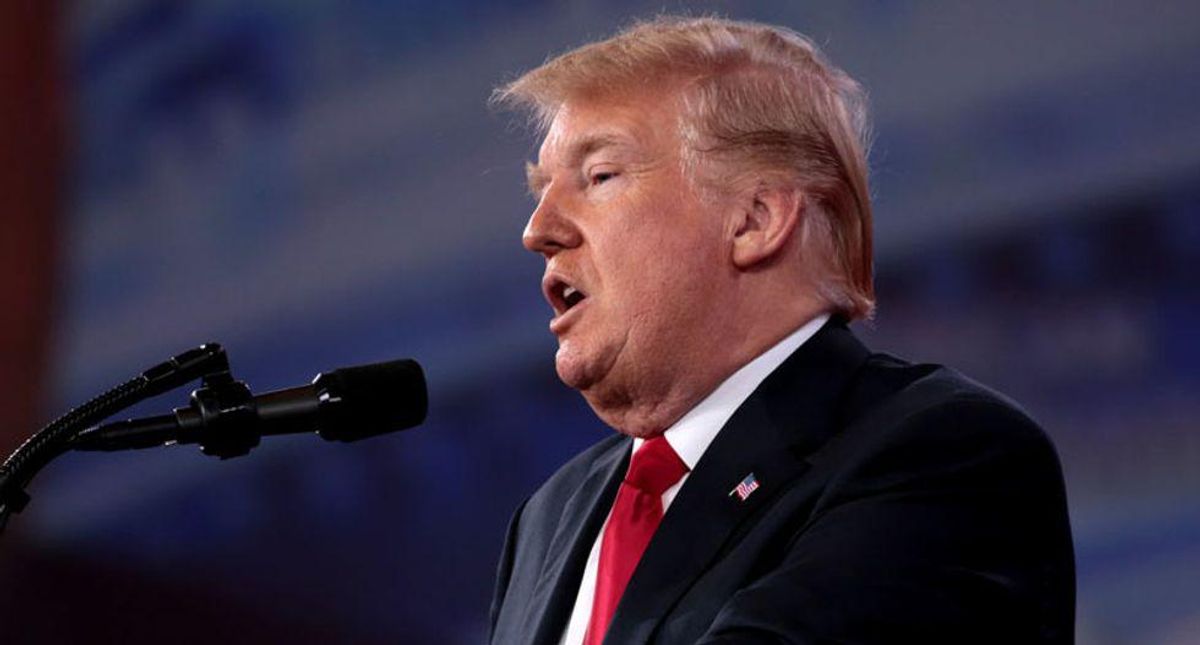 Continuing to get around his ban on Twitter, Donald Trump issued a two sentence statement on Monday morning that was posted by spokesperson Liz Harrington, claiming Democrats spied on his 2016 presidential campaign and demanding justice.

The former president is under new scrutiny after it was revealed that he tried to bully Department of Justice officials into interceding on his behalf in an effort to overturn the 2020 presidential election results.

With that possibly in mind, Trump wondered what happened to DOJ special counsel John Durham who stepped down as a U.S. Attorney after the election of Joe Biden, after his probe into campaign spying went nowhere, with New York magazine reporting, "According to two sources familiar with the probe, there has been no evidence found, after 18 months of investigation, to support Barr's claims that Trump was targeted by politically biased Obama officials to prevent his election. (The probe remains ongoing.) In fact, the sources said, the Durham investigation has so far uncovered no evidence of any wrongdoing by Biden or Barack Obama, or that they were even involved with the Russia investigation."

Nonetheless, Trump on Monday stated, "Does everybody remember when we caught the Democrats, red-handed, SPYING ON MY CAMPAIGN? Where's Durham?"

Critics of the president were quick to pounce on the former president for trying to distract the public from his latest problems -- as you can see below:

@realLizUSA Weird that he doesn't come one twitter to say it himself. Oh wait, the baby lost his toy because he us… https://t.co/J6Nv2LiMAC
— SynapseLapse (@SynapseLapse) 1628517196.0

@realLizUSA No one spied on his campaign. They legally looked into what turned out to be multiple senior members we… https://t.co/P1k2QdYWCi
— nicholas griffo (@nicholas griffo) 1628517942.0