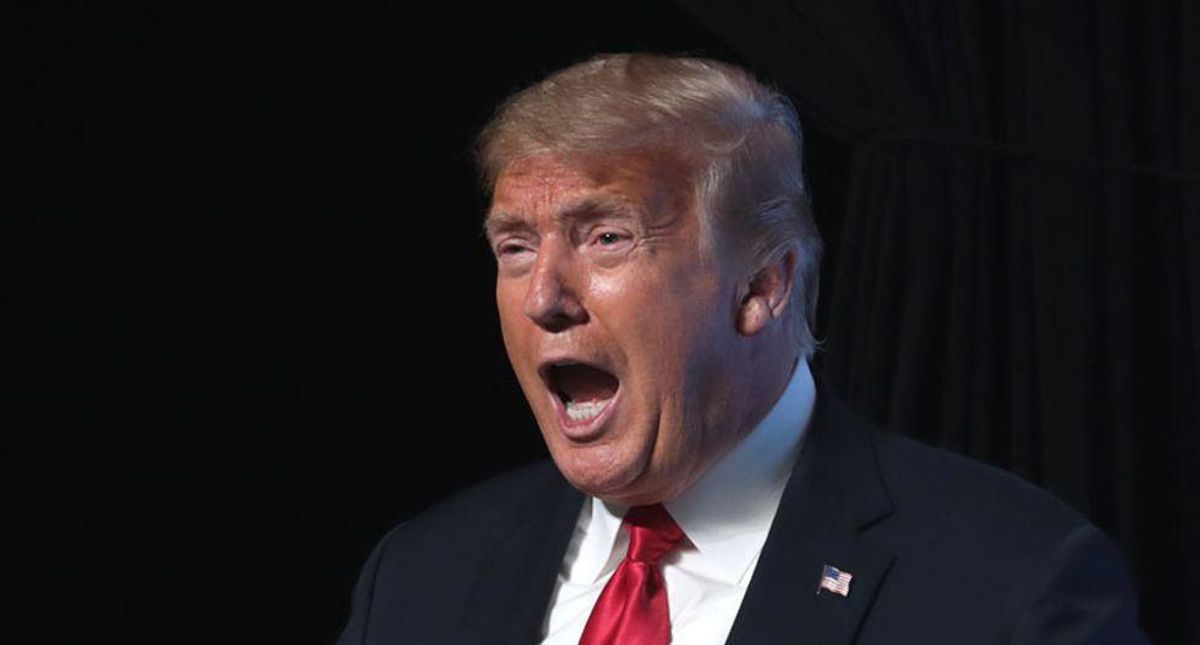 Yet another top Trump Organization executive has reportedly been subpoenaed by the office of Manhattan District Attorney Cy Vance, Jr.

"As prosecutors ramp up their investigation of Donald J. Trump and his family business, the Manhattan district attorney's office has subpoenaed a senior finance executive at Mr. Trump's company to testify before a state grand jury, according to people with knowledge of the matter," The New York Times reported Friday. "The executive, Jeffrey McConney, has long served as the Trump Organization's controller, making him one of a handful of high-ranking executives to oversee the company's finances."

Prosecutors have reportedly been focused on trying to get Trump Org Chief Financial Officer Alan Weisselberg to "flip" and turn state's evidence.

"The prosecutors, who are working for the district attorney, Cyrus R. Vance Jr., have examined the extent to which Mr. Trump handed out valuable benefits to Mr. Weisselberg's family and whether taxes were paid on those perks, The New York Times has reported. Mr. Vance's office has mounted an aggressive effort to gain Mr. Weisselberg's cooperation against Mr. Trump and the Trump Organization, people with knowledge of that effort have said. When seeking to turn an insider into a cooperating witness, prosecutors often seek leverage over the person, including any evidence of past wrongdoing, and then typically offer leniency in exchange for testimony or assistance," the newspaper explained.

McConney has worked at the company for decades.

"The subpoena of Mr. McConney, who has worked at the company for nearly 35 years, suggests that the examination of Mr. Weisselberg's conduct has reached a new phase, with the grand jury hearing evidence about him," the newspaper noted. "Under state law, witnesses such as Mr. McConney who appear before the grand jury are granted immunity on the subject of their testimony. They cannot exercise their Fifth Amendment right to refuse to answer questions on the grounds that they might incriminate themselves. (If they lie, they still can be prosecuted for perjury.)"