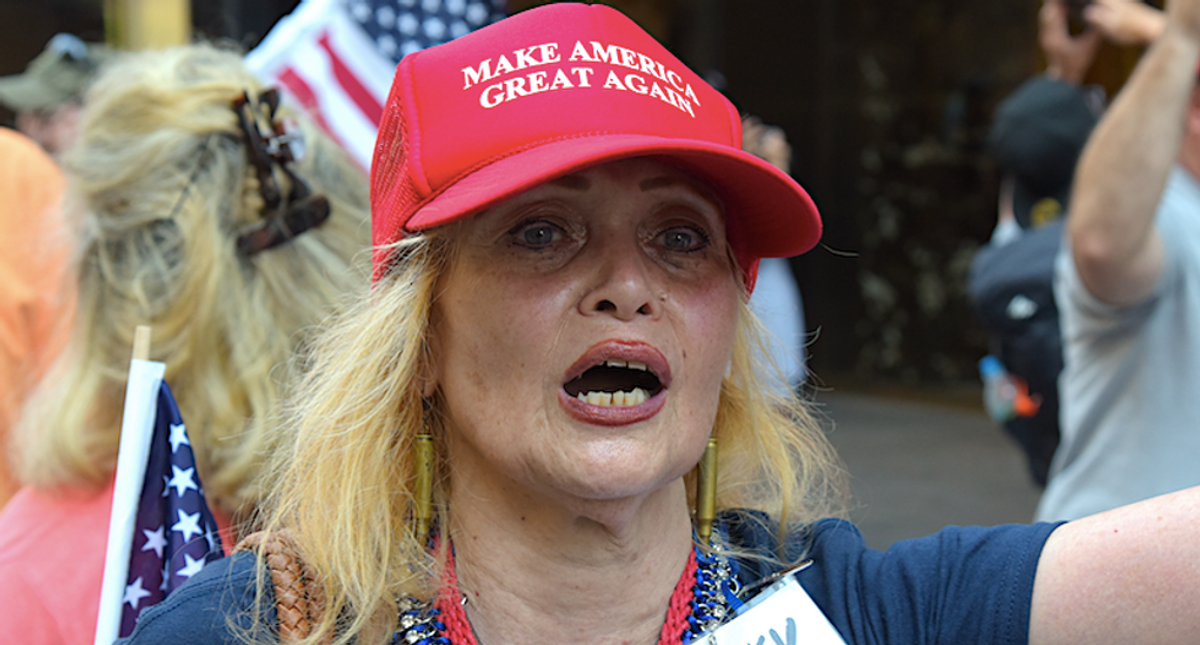 While appearing on Sean Hannity's program, Dershowitz poured cold water on the idea that the Trump-backed Arizona "audit" would return former President Donald Trump to the White House.

"The evidence seems to strongly suggest that it wasn't stolen and the outcome was right," Dershowitz explained.

Making matters worse for many Trump supporters was the fact that Hannity, who for years has been one of Trump's most dedicated media sycophants, seemed to agree with Dershowitz's assessment.

Check out some seething reactions from Trump fans below.

Alan Dershowitz just said there is not enough evidence to show #VoterFraud! IT IS A FACT THAT THIS ELECTION WAS STO… https://t.co/gyM74NQ52u
— Harley for Trump (@Harley for Trump) 1626398294.0

Alan Dershowitz on Hannity thinks audits of the election are good and he magically knows the outcome, It will show… https://t.co/RwMzaiNJfJ
— Trump WON!! (@Trump WON!!) 1626398094.0

@seanhannity Dershowitz knows good n damn well that Biden will NOT be the President for four years!!!
— JesusSaidWhat? (@JesusSaidWhat?) 1626397987.0