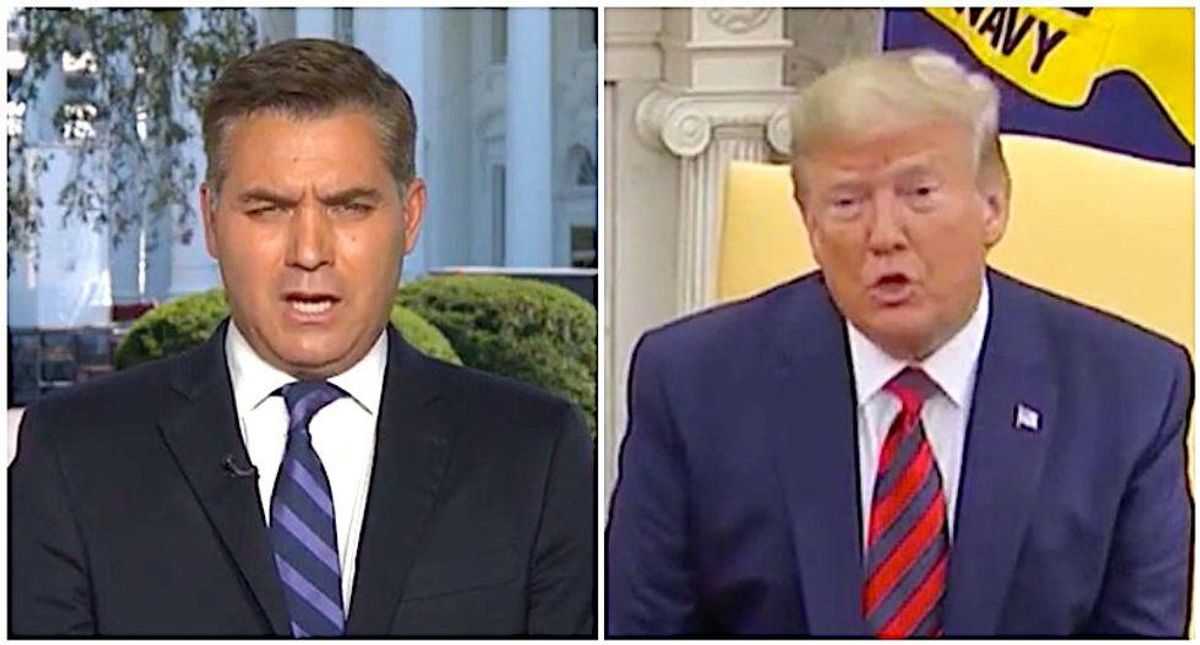 Saturday during a Florida rally, a sweaty President Donald Trump pretended not to know anything about the taxes he was accused of avoiding. But Trump's claims contrast considerably with statements from 2016, in which Trump had another take entirely.

"They go after good, hard-working people for not paying taxes on a company car," Trump told his audience. "A company car. You didn't pay tax on the car. Or a company apartment. You used an apartment because you need an apartment because you have to travel too far where your house is. You didn't pay tax. Oh, education for your grandchildren. I don't even know. do you have to -- does anybody know the answer to that stuff?"

"Uh, yes, sometimes the nation's tax code can be confusing but let's revisit what Trump said during the 2016 campaign," said Acosta.

He showed Trump's 2016 claim from May 13, "I think nobody knows more about taxes than I do, maybe in the history of the world."

Not mentioned, but also a related statement, during the presidential debate with former Secretary Hillary Clinton, Trump was accused of not paying his taxes.

"That makes me smart," Trump leaned into the microphone and said.