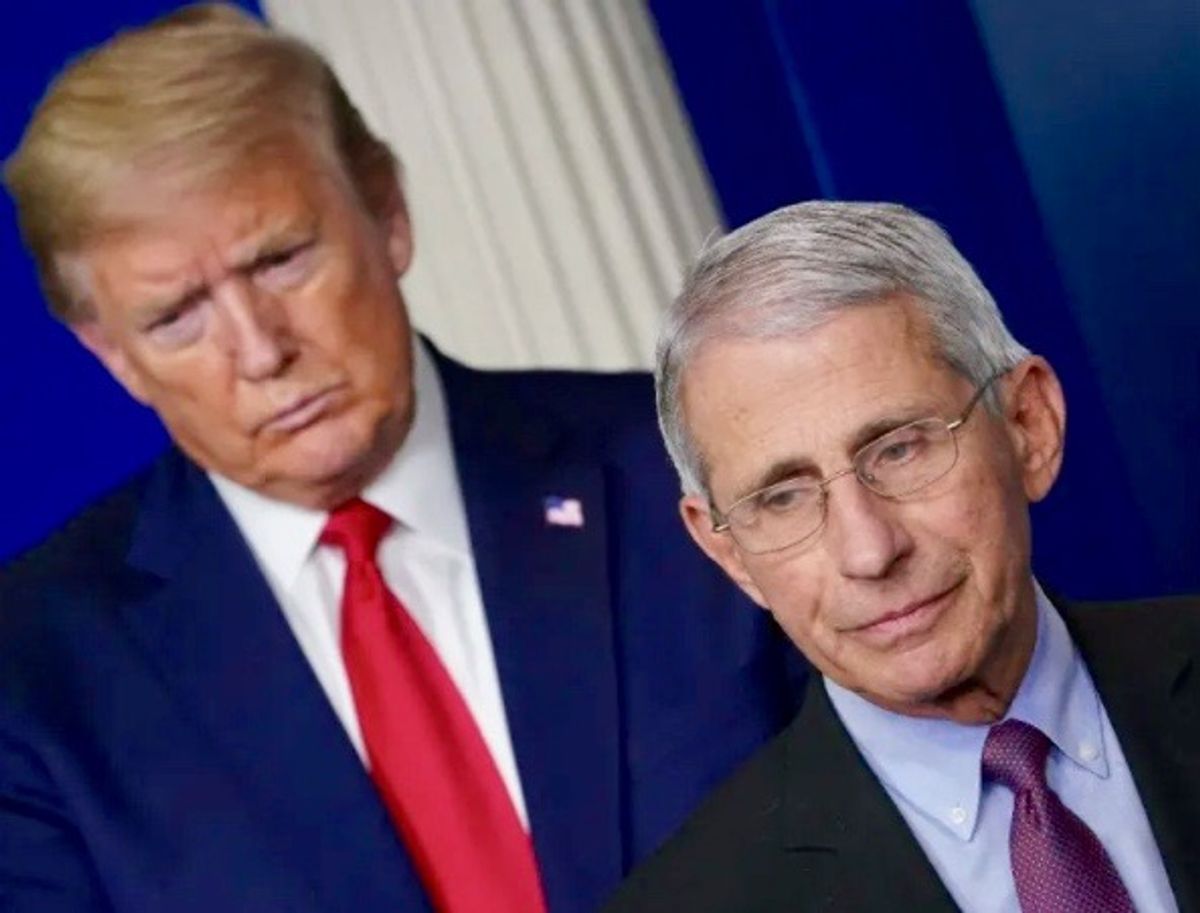 The new interview with Fauci revealed the shock that the nation's top infectious disease expert would dare to "contradict" the president.

"That's when I started to get into some trouble," the Times interview said. "The people around him, his inner circle, were quite upset that I would dare publicly contradict the president. That's when we started getting into things I felt were unfortunate and somewhat nefarious — namely, allowing Peter Navarro to write an editorial in USA Today saying I'm wrong on most of the things I say. Or to have the White House press office send out a detailed list of things I said that turned out to be not true — all of which were nonsense because they were all true. The very press office that was making decisions as to whether I can go on a TV show or talk to you."

He said he wasn't exactly "taken to the woodshed," so much as a report would prompt Trump's chief of staff to "express concern" that Fauci was "going out of my way to contradict the president."

He also noted that former economic adviser Peter Navarro "had a thing" about Fauci after a disagreement over hydroxychloroquine. It has been proven over the past year that hydroxychloroquine isn't helpful to combat the virus and it can cause problems for some who take it. Navarro was still pushing the drug as recently as Tuesday morning ahead of the inauguration.

Trump, Fauci said, never told him to lie, but he did call and ask why he was "so negative" and told him to be "more positive" about the global pandemic, which has claimed over 400,000 lives.

Many conservatives are still spreading the myth that Dr. Fauci spent the first months of the pandemic lying to people not to wear masks. It's a misunderstanding that conspiracy theorists have taken hold of to attack Fauci. Even Meghan McCain has repeated the false claim her show "The View" as recently as last week. "I was lied to!" she proclaimed, incorrectly.

In fact, those early days were prior to Trump using the Defense Production Act to increase the personal protective equipment available to healthcare workers. At that time, there weren't enough masks for those on the front lines and there was a very real concern about a shortage that could take down those we needed most. It was the reason that so many people began making masks and shields for healthcare workers through March and April.