Internet incredulous after Democrats back off calling Trump trial witnesses 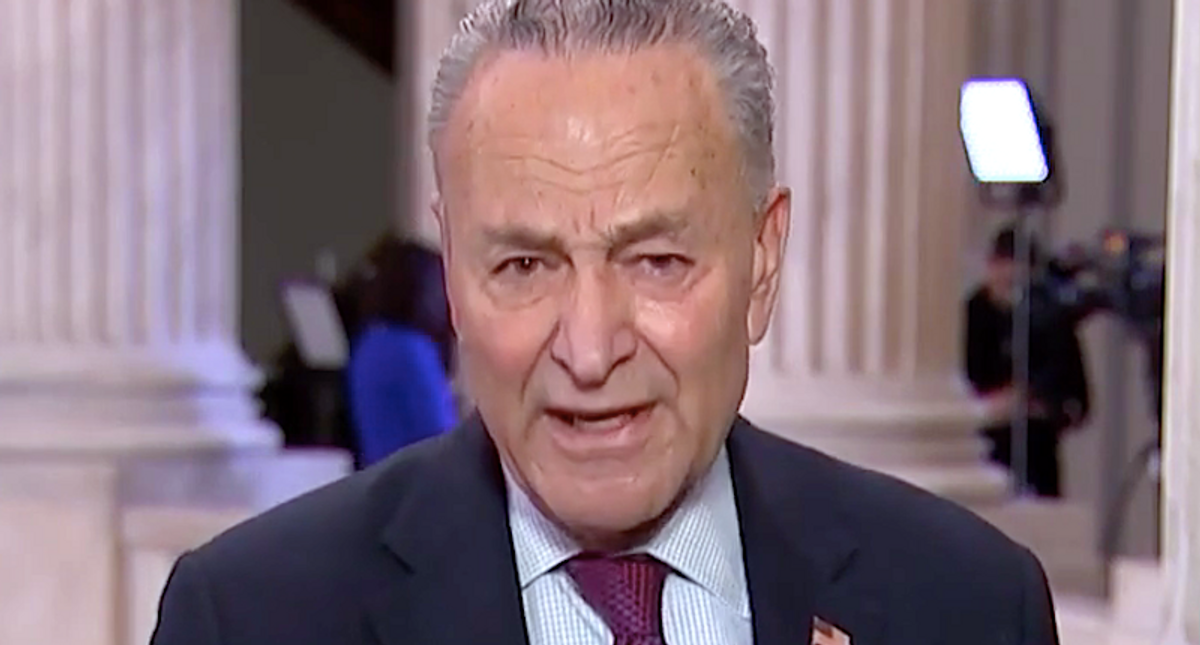 All the excitement over who might be called as a witness in Donald Trump's second impeachment trial went out the window after it appeared Democrats backed off subpoenaing officials who could have shed some light on the president's involvement in the Jan 6th insurrection that led to multiple deaths.

Attorneys for former President Donald Trump were caught flat-footed on Saturday morning when House impeachment managers opened the door to hearing testimony from Rep. Jaime Herrera Beutler (R-WA) who issued a statement Friday night saying she could verify Trump knew about the Capitol violence as it was happening but didn't care.

Following a recess, Democratic leaders backed off calling witnesses after the former president's lawyers said their client had no problem with incorporating Herrera Beutler's written statement into the official record.

The realization that Democrats had called off demanding other witnesses -- and thereby delaying the end of the trial -- hit critics of the ex- president like a ton of bricks and they took to Twitter to rail against the Democrats for giving up.

This impeachment highlights a fundamental tenet of our legal system. All Americans,regardless of status, are entitl… https://t.co/5RnYfBnkiq
— Jon Stewart (@Jon Stewart)1613241160.0

If someone has a rebuttal to this plausible theory not swaddled in rage I’d love to hear it. https://t.co/VVSBJn1zCh
— Jonathan Capehart (@Jonathan Capehart)1613239943.0

The decision not to call witnesses represents a refusal by senators to respect an oath that commits them to “suppor… https://t.co/bv8s5XTH0P
— John Nichols (@John Nichols)1613240452.0

On the matter of impeachment witnesses, Senate Democrats just gave us a prime example today of how Congress has evo… https://t.co/TnZlny4omG
— Jamie Dupree (@Jamie Dupree)1613239585.0

I’m told that multiple witnesses near Trump and Pence were approached by the House team to provide testimony about… https://t.co/DdmnzJloNs
— Daniel Goldman (@Daniel Goldman)1613239027.0

We should have called witnesses to let the public hear the facts being voted on, *especially* given the likely outcome.
— Alex Winter (@Alex Winter)1613240532.0

Even if you’re convinced no testimony will change the minds of 40 Republicans — and I think that’s a fair assumptio… https://t.co/nYKByVESWY
— Matt Fuller (@Matt Fuller)1613239393.0