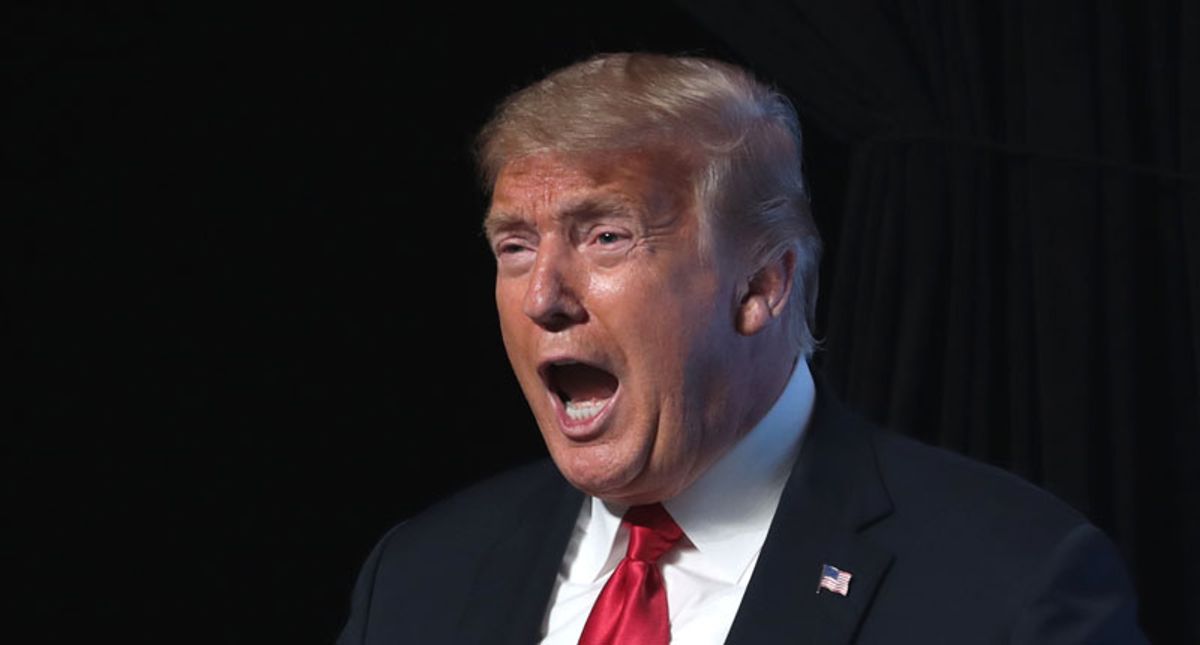 Twitter finally banned Donald Trump on Friday, saying it was a precaution against him continuing to incite violence.

"After close review of recent Tweets from the @realDonaldTrump account and the context around them — specifically how they are being received and interpreted on and off Twitter — we have permanently suspended the account due to the risk of further incitement of violence," Twitter announced on Friday.

Conservatives whined about their "new dystopian future," but Trump simply used a different account to complain about the company.

"As I have been saying for a long time, Twitter has gone further and further in banning free speech, and tonight, Twitter employees have coordinated with the Democrats and the Radical Left in removing my account from their platform, to silence me — and YOU, the 75,000,000 great Americans who voted for me," Trump complained, using his official, government account @POTUS.

He posted four tweets in a thread, but all were deleted within 10 minutes as this story was being written.