'Trump has never actually been wrong': Supporters of ex-president attempting to purge Republican Party of non-believers 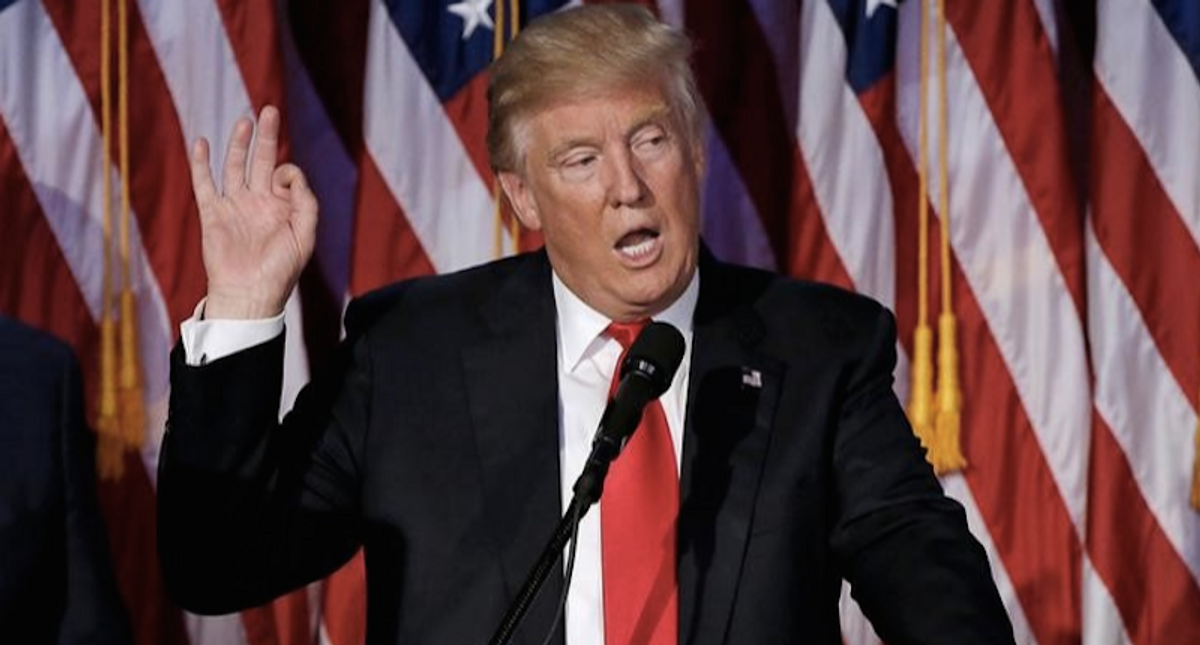 According to a report from the Washington Post, while the GOP leadership is split over pushing Rep. Lynne Cheney (R-WY) out of her leadership role for speaking ill of Donald Trump, grassroots activists are looking at taking over local Republican Party organizations and purging those who refuse to say the 2020 presidential election was stolen.

As the Post's Ashley Parker and Marianna Sotomayor report, Michigan has become a hotbed of pro-Trump activism that will have major implications for the 2022 midterm elections and beyond as Trump partisans push the party farther to the right.

"In Washington, normally chatty senators scramble to skirt the question, and internal feuding over who is to blame for the Jan. 6 insurrection has riven the House Republican leadership, with tensions between House Minority Leader Kevin McCarthy (R-Calif.) and Rep. Liz Cheney of Wyoming, the No. 3 House Republican, spilling into public view. Sen. Lisa Murkowski (R-Alaska) is facing a Trump-aligned primary challenger in her 2022 race, inspired by her call for Trump to resign after the Jan. 6 attack and her later vote to convict him over his role in inciting the insurrection," the report states. "Local officials, too, are facing censure and threats — in states from Iowa to Michigan to Missouri — for publicly accepting the election results."

With the report stating, "Nearly six months after Trump lost to Biden, rejection of the 2020 election results — dubbed the 'Big Lie' by many Democrats — has increasingly become an unofficial litmus test for acceptance in the Republican Party," one GOP activist made the case that Trump has never led his party --and the country -- astray.

"I think I speak for many people in that Trump has never actually been wrong, and so we've learned to trust when he says something, that he's not just going to spew something out there that's wrong and not verified," Debra Ell of Michigan explained when talking about the November election that saw Trump lose to former Vice President Joe Biden.

Ell added that she working hard to get rid of Michigan Republican Party executive director Jason Roe for telling Politico he didn't believe the election was stolen.

"He said the election was not rigged, as Donald Trump had said, so we didn't agree with that, and then he didn't blame the Democrats for any election fraud," Ell complained. "He said there was no fraud — again, that's something that doesn't line up with what we think really happened — and then he said it's all Donald Trump's fault."

Ell is not alone. Salleigh Grubbs, the chair of the Cobb County Republican Party in Georgia claimed that all the Republicans in her circle believe the election was stolen.

"There's no Republican that I know of, that I've spoken with, who has come to me and said, 'Biden won fair and square,' " she told the Post. "I absolutely do believe that there were irregularities in the election. I absolutely believe that our voices were shut out."

"The issue also could reverberate through the 2022 midterms and the 2024 election, with Trump already slamming Republicans who did not resist the election results. For Republicans, fealty to the falsehood could pull the party further to the right during the primaries, providing challenges during the general election when wooing more moderate voters is crucial." the Washing Post reports.

According to Whitney Phillips, an assistant professor of communication and rhetorical studies at Syracuse University, mainstream Republicans should have seen this coming.

"It feels like this has been happening in the Republican Party for a really long time. If you allow an entire contingent of your caucus to be steeped in conspiratorial thinking, what … do you think is going to happen? They're going to turn on you," Phillips explained.