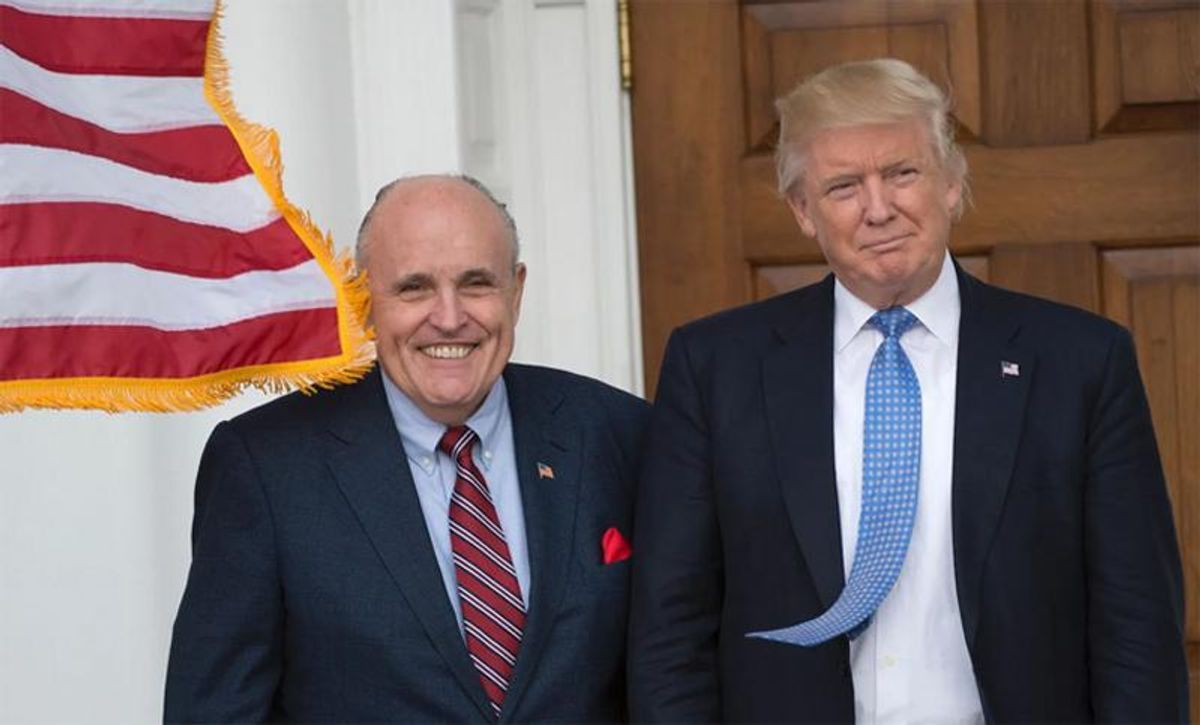 On Tuesday, ABC News reported that Rep. Bennie Thompson (D-MS), the chair of the House Homeland Security Committee, is suing former President Donald Trump and his attorney Rudy Giuliani for conspiring to incite the Capitol riots in January.

"The Defendants each intended to prevent, and ultimately delayed, members of Congress from discharging their duty commanded by the United States Constitution to approve the results of the Electoral College in order to elect the next President and Vice President of the United States," said the complaint. "Pursuing a purpose shared by Defendants Trump and Giuliani as well as Defendant Proud Boys, Defendant Oath Keepers played a leadership role of the riotous crowd and provided military-style assistance sufficient to overcome any Capitol Police resistance."

The unusual lawsuit relies on novel legal reasoning under the Ku Klux Klan Act of 1871, which prohibits efforts to "prevent any person from discharging their duties by force, intimidation, or threat." It would be the first time this law is used as a penalty against a former president, if the suit is successful — although he is being sued as a private citizen rather than in his official capacity.

"With the benefit of not having to prove criminal allegations beyond a reasonable doubt, the civil lawsuit, filed Tuesday in U.S. District Court in Washington, D.C., on behalf of Thompson in his personal capacity by the NAACP and civil rights law firm Cohen Milstein Sellers & Toll, sought unspecified compensatory and punitive damages," said the report. "The lawsuit is suing Trump in his personal capacity, alleging that he acted outside the scope of his office when inciting the rioters."

Trump appeared at a rally immediately before the rioters stormed the Capitol, telling the demonstrators to "fight like hell." Giuliani further said that America should have "trial by combat" over the election results.

The former president's role in inciting the riot, and his refusal to call off his supporters once the violence began, was the core issue in his second impeachment trial, which ended in acquittal but saw a record number of senators cross over to vote against a president of their own party.