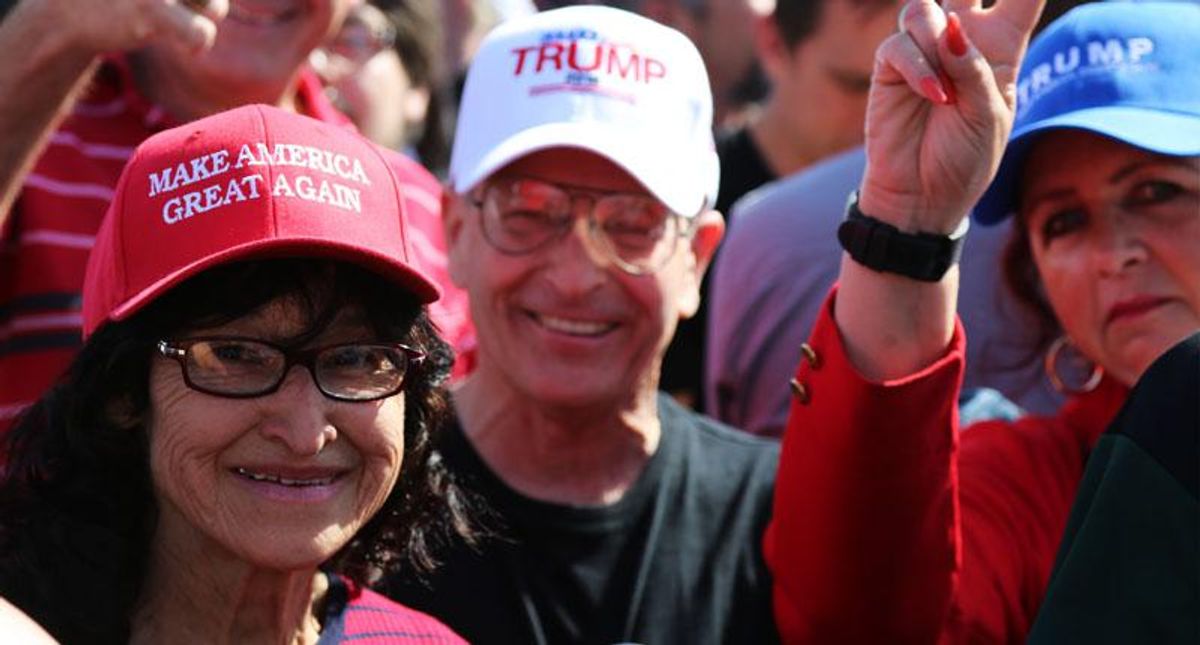 Donald Trump supporters at a rally at the Costa Mesa. (mikeledray / Shutterstock.com)

One way or another, President Donald Trump is leaving the White House on January 20th.

However, thousands of the president's supporters plan to attend a virtual "second inauguration" for him on the same day he's officially getting the boot.

The Daily Dot reports reports that a new Facebook event titled the Donald J. Trump 2nd Presidential Inauguration Ceremony is set to be held at the same time President-elect Joe Biden is getting sworn in -- and it's already drawn interest from more than 300,000 Trump fans, including more than 60,000 who say they definitely plan to attend.

The purported event is being co-hosted by a woman named Evi Kokalari, a diehard Trump supporter who has appeared on the far-right One America News, where she has identified herself as a "Trump campaign surrogate."

It appears that Kokalari has extensive connections to Trump's inner circle as well.

"Kokalari's Facebook page includes photos of her with high-profile Republicans taken in the last few months, including Eric Trump, Steve Bannon, Rep. George Santos (R-NY), and Rep. Lee Zeldin (R-NY)," reports The Daily Dot. "According to a public post on her page, in October, Kokalari hosted an event where Bannon was the featured speaker. In recent months, she also hosted fundraisers for Santos and Zeldin."