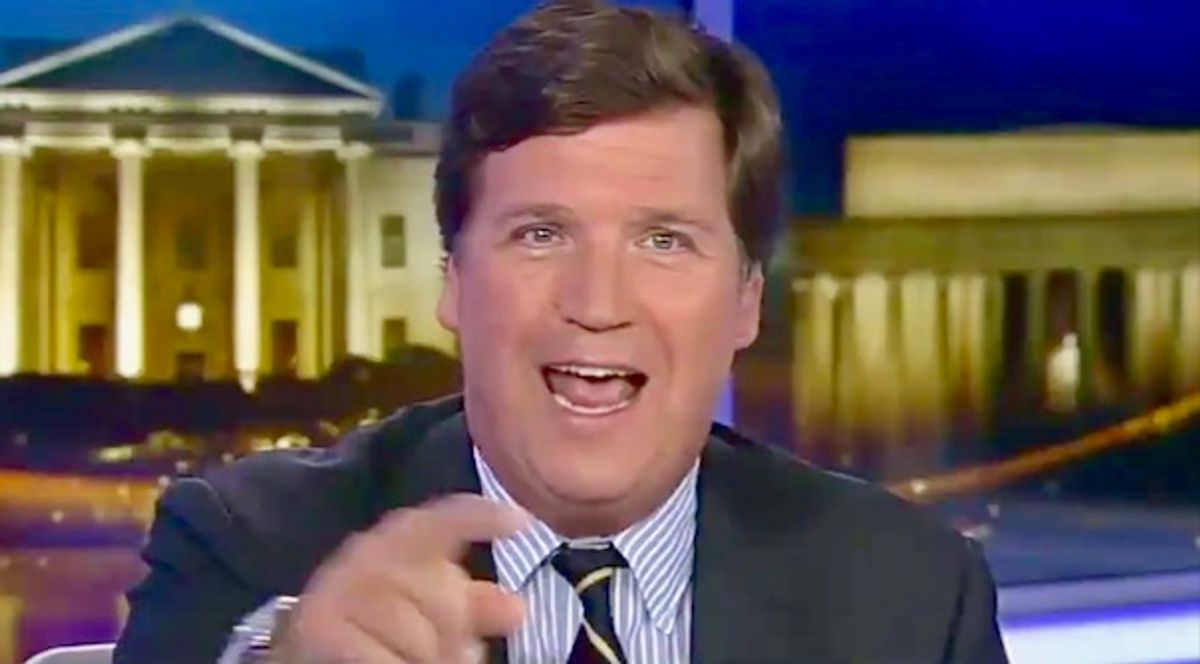 Fox News staffers called on the network to fire Tucker Carlson over his call to harass parents and children for wearing masks, but the highly rated host is "invincible."

Current and former employees were embarrassed and outraged when Carlson urged viewers to call child protection services on parents whose children wear masks in public, but they told The Daily Beast the top-rated prime-time host is "untouchable" and will never "suffer any repercussions" for his openly white nationalist comments or other statements that might lead to violence.

"He's a good example of how much you can get away with at Fox if your ratings are high," one current network staffer said. "Aside from that, he just perpetuates the right's catastrophe platform. They cannot win with their supposed limited government, fiscal conservatism, because not even they really believe in it. So all they do is fear monger."

The Anti-Defamation League had called on Carlson to be fired and advertisers to boycott his show after he endorsed the white-supremacist "Great Replacement" theory on air, but Fox Corp CEO Lachlan Murdoch defended the network's biggest star -- much to the chagrin of staffers.

"The Murdochs love him," one former Fox News personality said. "Like them, he is a rich, prep school kid born with a silver spoon who traffics in populism while living in an expensive ivory tower and never meeting in real life the people he gins up for ratings."

Even advertiser boycotts won't dent the Murdochs' support for Carlson, because Fox doesn't need them thanks to their loyal viewers -- and other cable customers -- who pay carriers to make sure the conservative network remains on their service.

"He's the new Bill O'Reilly," another ex-Fox News employee stated. "The dirty little secret is that FNC doesn't care about losing advertisers. They make their money via cable conglomerates that pay them much money so that dumb f*cks who worship FNC can continue being told what, in their heart of hearts, they want to believe -- and that's a lot of people."

Fox News staffers are frustrated their concerns aren't taken seriously, and one current staffer says his ability to skate away from consequences remind them of someone else Fox News helped turn into a political star.

"If Tucker left, his fans would follow him wherever he went and would turn Fox off for scorning their leader," the current staffer said. "If Trump is the most dangerous person in the country, Tucker is a close second behind him."