'It is not true': Fox News legal pundit responds after impeachment managers use his words to damn Trump 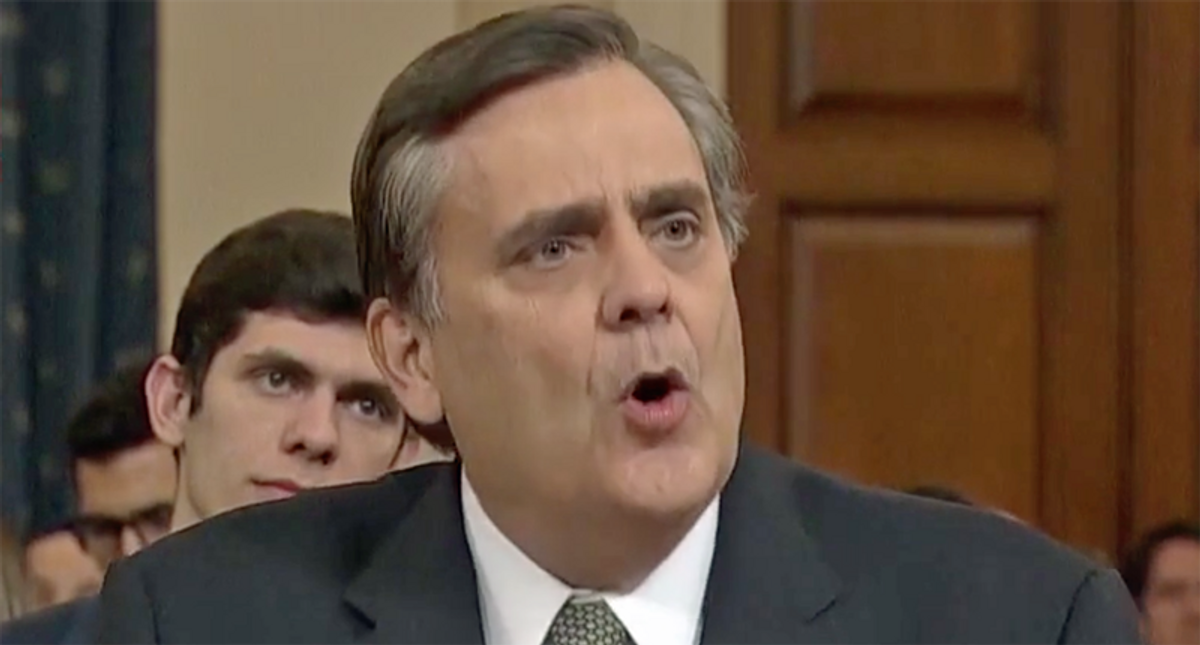 Fox News legal pundit Jonathan Turley on Tuesday fired back at House impeachment managers after his words were used to bolster the case against former President Donald Trump.

During remarks on the Senate floor, Rep. Joe Neguse (D-CO) pointed to an opinion written by Turley that voiced approval for the use of impeachment after an official has left office.

"Up until a few weeks ago, he was a recognized champion of the view that the Constitution authorizes the impeachment of former officials," Neguse noted before quoting the legal pundit. "In fact, Jonathan Turley argued that the House could have impeached and the Senate could have tried Richard Nixon after he resigned."

In quote after quote, Neguse showed that Turley once supported the use of impeachment for officials who were no longer in office.

"Rep. Neguse just cited my Duke piece and said that I was an advocate until just a couple weeks ago for retroactive trials," Turley complained. "I appreciate the citations but it is not true. That article was 21 years ago..."

Turley included a link to a recent article on the issue.

"I have spent considerable time in the last few weeks drilling down on this issue. Some have noted my Duke piece recognized the value of impeachment trials beyond removal. That is true," he wrote. "I still believe that such trials can have such a dialogic and public interest value. My Duke article can be fairly cited for that view to support arguments for retroactive trials."

Turley had offered no additional explanation by the time of publication.