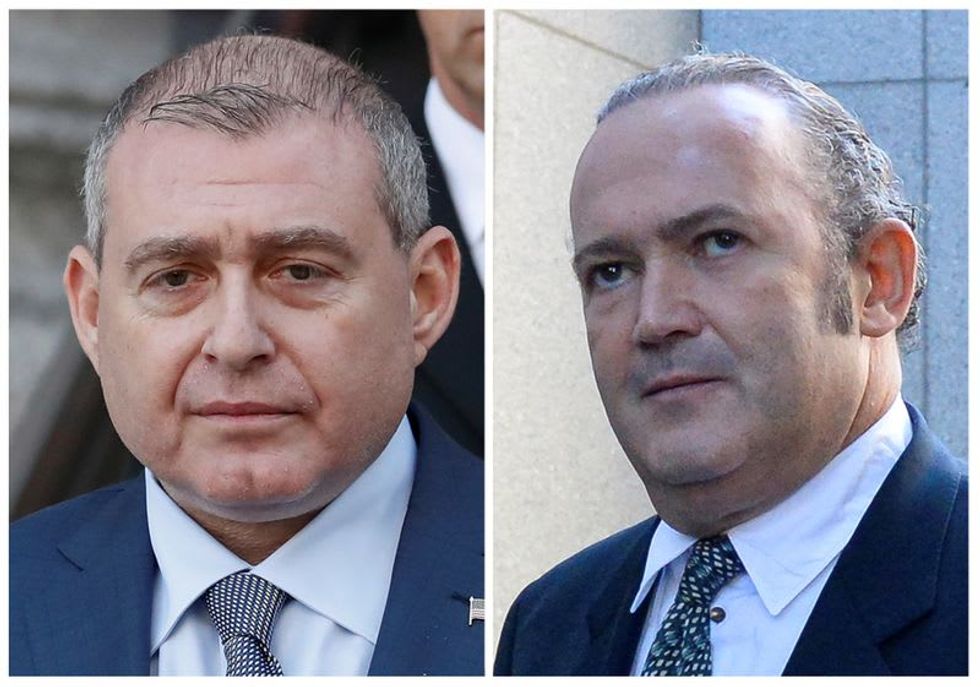 Adam Laxalt, who lost his bid for the governorship, said he ultimately received a $10,000 donation from Parnas associate Igor Fruman shortly before the Nov. 6, 2018 election, But he said his campaign did not accept the funds because of doubts about the true source and concerns the contribution was illegal.

Prosecutors called Laxalt to testify in Parnas' Manhattan federal court trial. The Ukraine native has been charged with illegally funneling money from a Russian businessman to the campaigns of candidates for office in states where Parnas, Fruman and associates were seeking licenses to run cannabis businesses.

Laxalt said he met Giuliani, who was then personal attorney for former President Donald Trump, at the Trump International Hotel in Washington two months before the 2018 state election. Laxalt, a Republican, said he then accompanied Giuliani to a balcony at the hotel, where a group including Parnas were smoking cigars and drinking.

There was no suggestion that Giuliani did anything illegal by introducing Laxalt to Parnas. Prosecutors are separately probing whether Giuliani violated lobbying laws while working as Trump's lawyer. Giuliani has not been charged with any crime and has denied wrongdoing.

The case has drawn attention because of Parnas' and former co-defendant Fruman's roles helping Giuliani investigate President Joe Biden's activities in Ukraine. Biden, a Democrat, defeated Trump in the Republican's 2020 bid for re-election.

Giuliani's lawyer has said Parnas' case and the lobbying probe are unrelated.