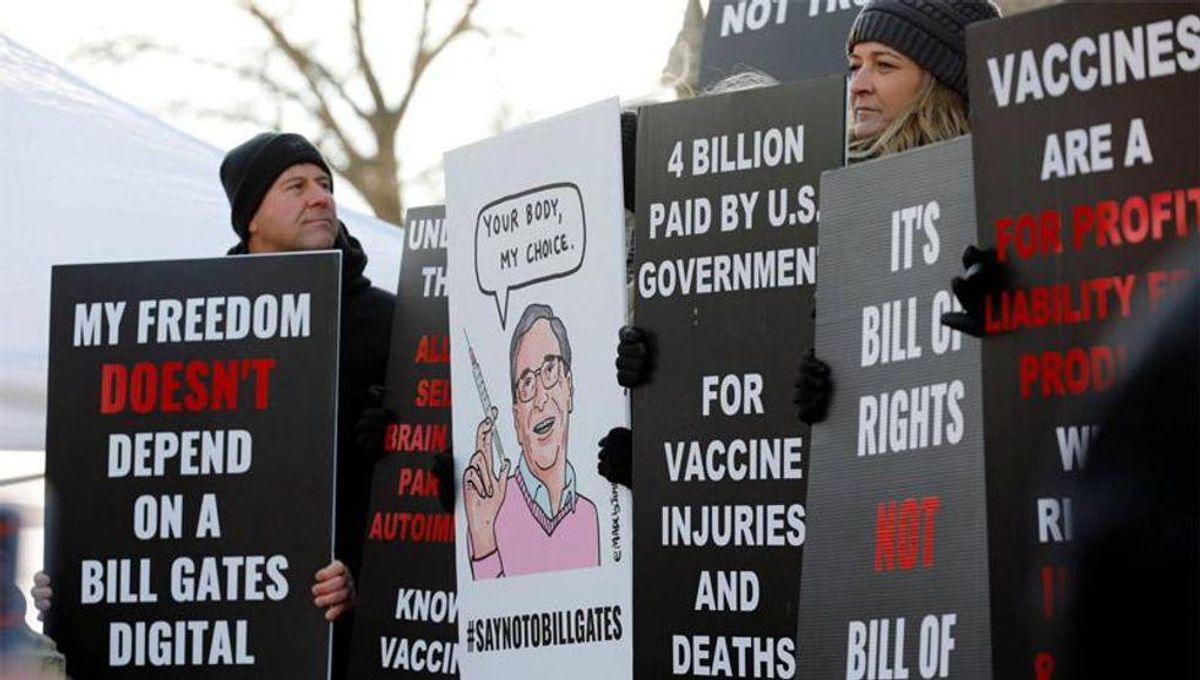 On Monday, Vice reported that the anti-vaccine community blew up after a fake website offering money to snitch on unvaccinated friends and family popped up.

The website is known as the "Anonymous Unvaccinated Reporting System," and it promises "Every name you submit gives you a chance to win $2,500 in our monthly sweepstakes."

"Just like so many other things shared in these groups, the 'anonymous unvaccinated reporting system' is completely fake," reported David Gilbert. "Not only that, the website was designed and built by David Bramante, a realtor and a Republican candidate running for governor in California's recall election, who says the website was simply a piece of 'political satire' designed to highlight what he views as unconstitutional vaccine mandates."

The site promptly went viral, with anti-vaxxers assuming it was real and comparing it to Nazism and communism.

Still under the delusion that we are not living in some Orwellian dystopian nightmare? I give you the Anonymous Unv… https://t.co/SZtuorPypQ
— Michael Weaver (@Michael Weaver) 1628107886.0

AURS a website made for reporting the unvaccinated anonymously, apparently snitches get a chance to win upto $2,500… https://t.co/aqwejJnLeC
— Isthisreal (@Isthisreal) 1628371139.0

According to the report, the fake site received over 300,000 visitors in under a week, and "The site became so popular towards the end of last week that it crashed, and only the landing page was viewable, leading to further confusion around the real purpose of the project."