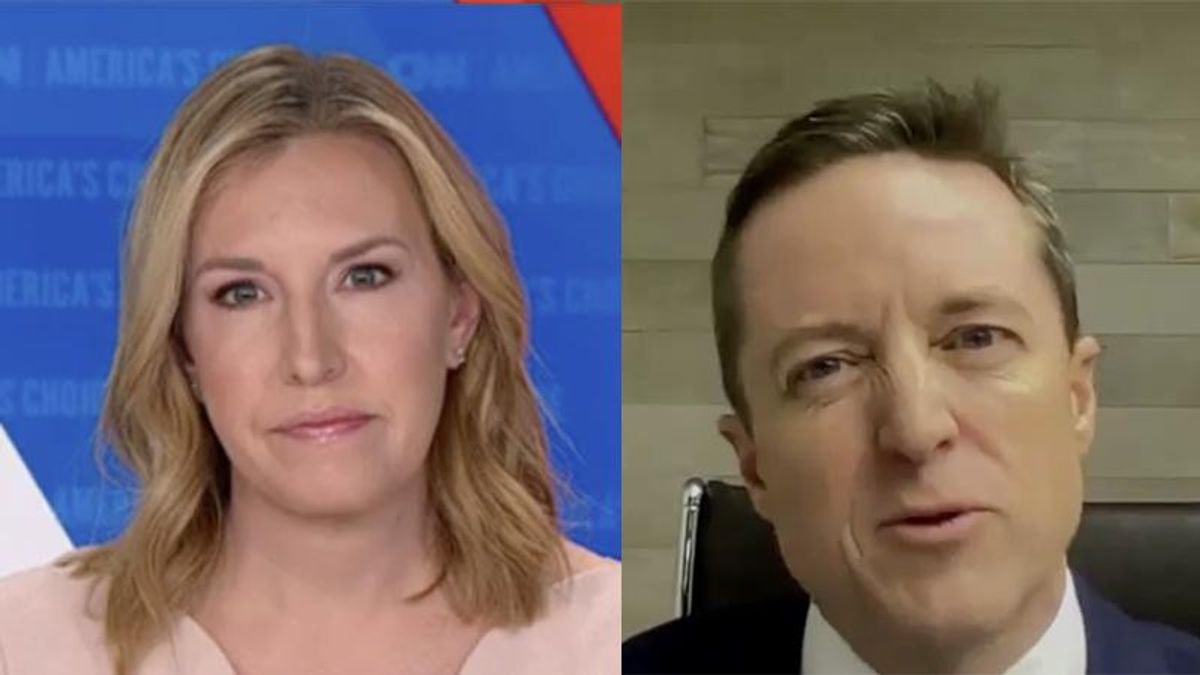 The chairman of the Utah Republican Party was put on the spot on Tuesday morning over reports that GOP voters are fleeing the party since pro-Donald Trump rioters overran the Capitol on January 6th.

Speaking with host Poppy Harlow, Derek Brown appeared on CNN to discuss GOP lawmakers in his state who want to censure Sen. Mitt Romney (R-UT) for voting to convict Donald Trump of inciting an insurrection as part of the ex-president's second impeachment trial.

During the course of the conversation, as Brown stated multiple times that the party needs to "look ahead" and not at the past, Harlow brought up the GOP's voter retention problems.

"The Salt Lake Tribune reports that the Utah Republican Party that you chair has lost 7,600 members since the insurrection at the Capitol, " Harlow began. "I know you have questions about that data, but there's a big divide. That's 61 percent of all the folks who have left either the Democratic Party or nonaffiliated registration in your state. Sylvia Haro is one of them saying, 'I just don't recognize the party. It's not the Republican Party anymore. It's a Trump party.' What do you say to her, and thousands of others who feel the same, given these numbers?"

"Well, I think this is the time for the Republican Party to think back on what are those conservative principles we stand for," Brown said while avoiding any mention of Trump. "Here in Utah, we're a conservative state --we govern conservatively. What I would say to Sylvia and those like Sylvia, let's come back to the principles. Here in Utah, for instance, you can't buy a home at the moment because so many people are moving here. We have so many -- our economy is strong and we have so many things going for us and these are because we govern in a conservative way."

"But at some point, the party needs to decide which direction it goes on nationally, right?" Harlow pressed. "When you talk about who is your next candidate going to be to try to retake the White House, a new Gallup poll says 68 percent of Republicans think Trump should remain the leader of the party. [Sen.] Lindsey Graham says he should play a major role in 2022. [Former Trump administration official] Nikki Haley says run as far away from him as you can. Who is right?"

"Well, right now, I think this is why the statement that we've issued as a Republican Party here in Utah is so critical, " he parried. "Because ultimately, when I ran for this position, I said what we need to do is elect good conservatives, rally around them, and let them espouse those conservative principles they believe in. "

"Is former President Trump a good conservative who espouses those principles?" Harlow persisted.

"Well, we need to have confidence in the republicans. and rather than the party..." Brown replied only to have the CNN host interrupt and point out, "That's not what I asked."

"Individuals like myself -- rather than me telling people, here's what you need to do and censuring people that I may not agree with," he attempted, "I think this is that moment for us to collectively sort of think about what is it that we stand for? What are those principles? And then sort of chart a pathway looking forward. And a lot of things like talks of censure, talks of the past president, things like that, really are an effort, I think, to look over our shoulder to look backwards. And I think this is the chance where we can look forward -- we really need to look forward as a party."

"That sounds like you don't want people focusing on Trump as a future of the party," Harlow shot back.

After a nervous laugh, Brown replied, "Well, what I want people focusing on, just like the statement that we released yesterday, are the principles that made America strong. the principles of conservativism."