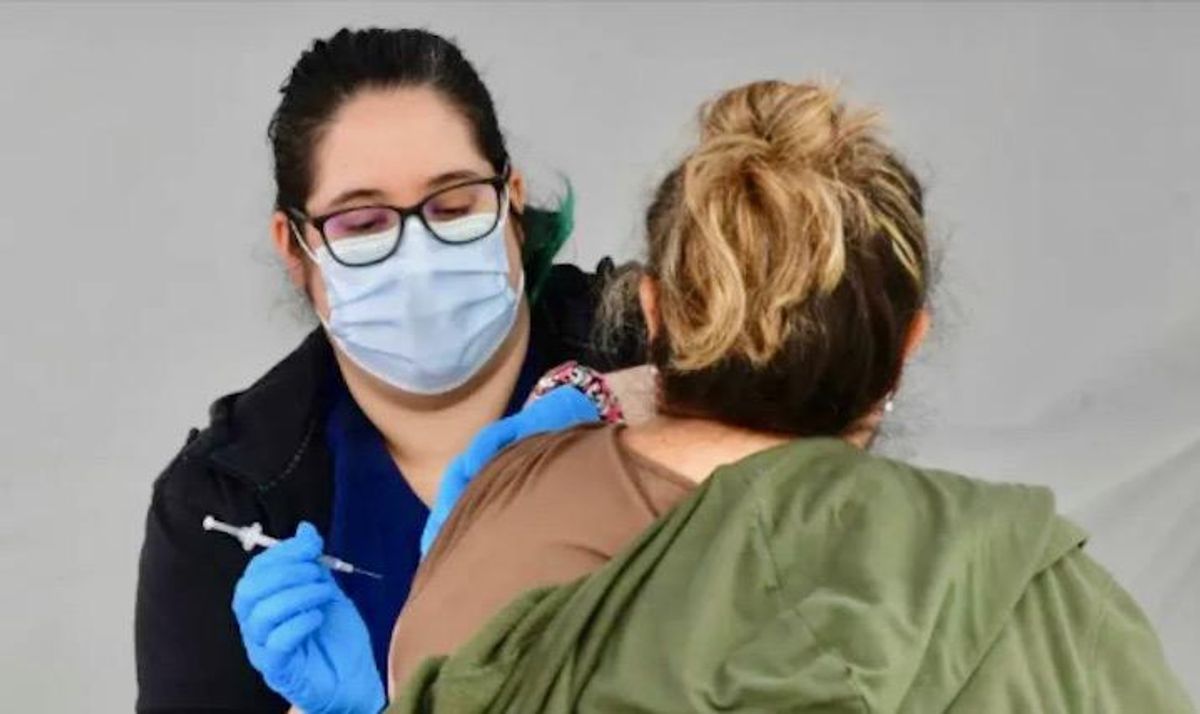 Vaccine skeptics are pushing the idea on social media that coronavirus inoculations threatens humanity on a fundamental level.

Anti-vaxxers have been sharing memes and other promoting bizarre claims about COVID-19 vaccinations cause genetic modifications, mostly on misinformation channels such as Telegram but also on more popular platforms like Facebook, Twitter and YouTube, reported The Daily Beast.

"People who are vaccinated will have modified DNA," reads one meme, which compares getting the shots to breeding with sheep. "No one discusses that DNA is passed onto the next generation. The risk that your children will marry into other cultures is possibly now shadowed by the fact that your children may marry into a COVID vaxed gene group potentially shortening their lives and that of others."

One prominent Telegram user who shared that meme made even more lurid claims about vaccine recipients.

"They are now genetically modified humans," that user posted in a community chat last month. "They are not even technically human anymore. Vaccinated people are honestly a threat to humanity as a whole."

The claims have been circulating since late last year, when the vaccines began receiving approval for use, and are rooted in the earliest fears from the 19th Century about injecting scientist-created materials in the human body and mistrust in experiments on human DNA at the end of the last century.

"Only vaccinated people will marry each other while non vaccinated will also get married," one Redditor wrote earlier this year. "[It] will split the human race into a fake race. The Vaccinated Race."

The vaccines use genetically engineered components to trigger an immune response that can later help fight potential COVID-19 infections, but none of them interacts with or changes human DNA.

"I don't see any way the vaccines could even unintentionally cause genetic changes," said Paul Knoepfler, a cell biologist and genetics researcher at the University of California, Davis. "It's just not going to happen."