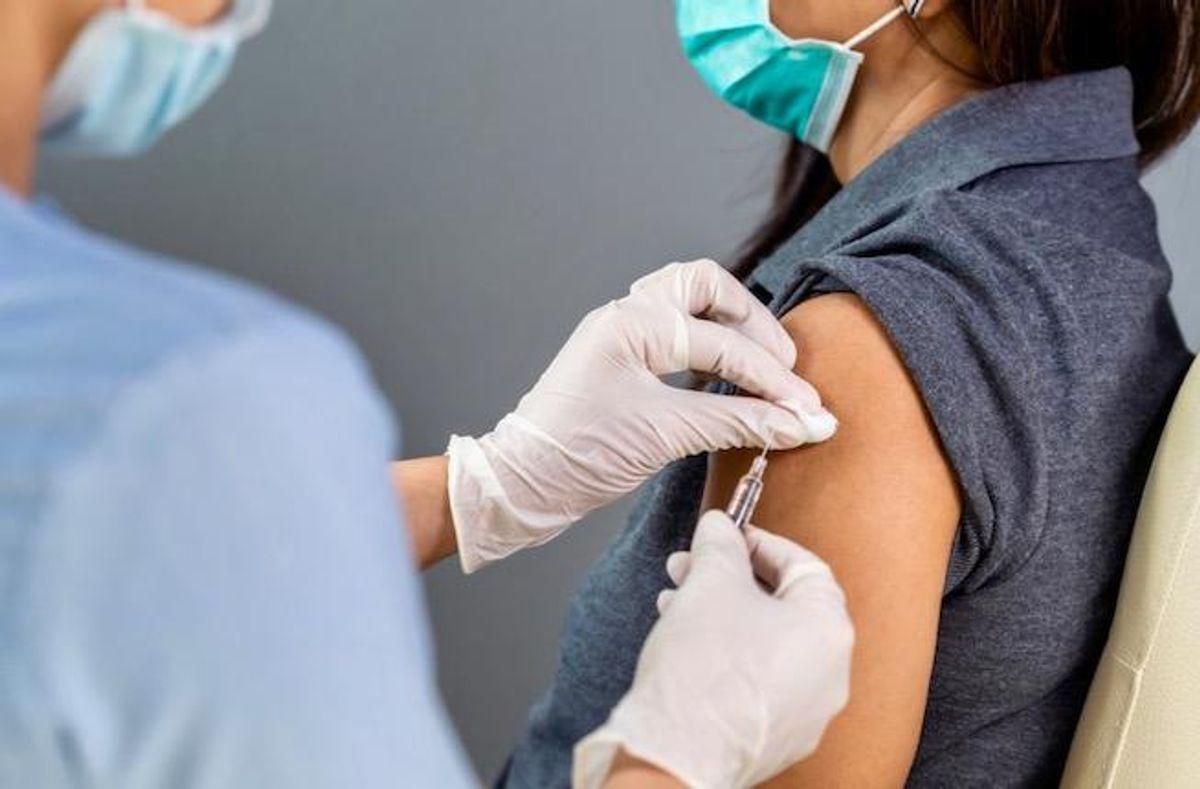 On Wednesday, writing for Bloomberg Opinion, Harvard Law professor and legal scholar Noah Feldman demolished the logic of a Texas lawsuit challenging a hospital's requirement that its employees be vaccinated — and claiming that the mandate violates anti-Nazi codes.

"The Texas plaintiffs, either working in concert or in parallel with a New York-based law firm that is in turn linked to the anti-vaccination movement, claim that administering mRNA vaccines now should be treated as a form of experimentation," wrote Feldman. "And they maintain that requiring employees to be vaccinated eliminates their capacity to consent. This, they insist, amounts to a violation of the Nuremberg Code, a guideline developed in the post-World War II trial of Nazi doctors for crimes against humanity that says humans should not be subject to medical experiments without their consent."

Comparisons of vaccine rules to Nazism is a popular tactic among anti-vaxxers, with some even wearing yellow Stars of David to protest vaccination. More specifically, the idea that the Nuremburg Code prohibits vaccine mandates has been circulating in anti-vaccine activist circles for years — actor Rob Schneider has previously claimed this while attacking pediatric vaccine requirements for schools.

But, wrote Feldman, this is completely wrong.

"The Texas hospital is not violating that principle, because the vaccines at issue aren't experimental — they have already gone through a series of clinical trials with voluntary subjects," wrote Feldman. "Another reason the Texas plaintiffs' argument has little legal purchase is that the Nuremberg Code isn't the law, either under the Texas state statutes or federal law. The word 'code' is a bit of a misnomer. Usually, in legal context, a code is a body of law that has been authoritatively deposited or laid down by some responsible authority. The Nuremberg Code isn't that. Rather, the name refers to a set of 10 principles enumerated by the U.S. military tribunal that presided over the famous trial of the Nazi doctors."

"The hospital isn't trying to find out what will happen if people take the vaccines," concluded Feldman. "It's trying to protect patients and employees by blocking the spread of Covid-19 in its facilities."