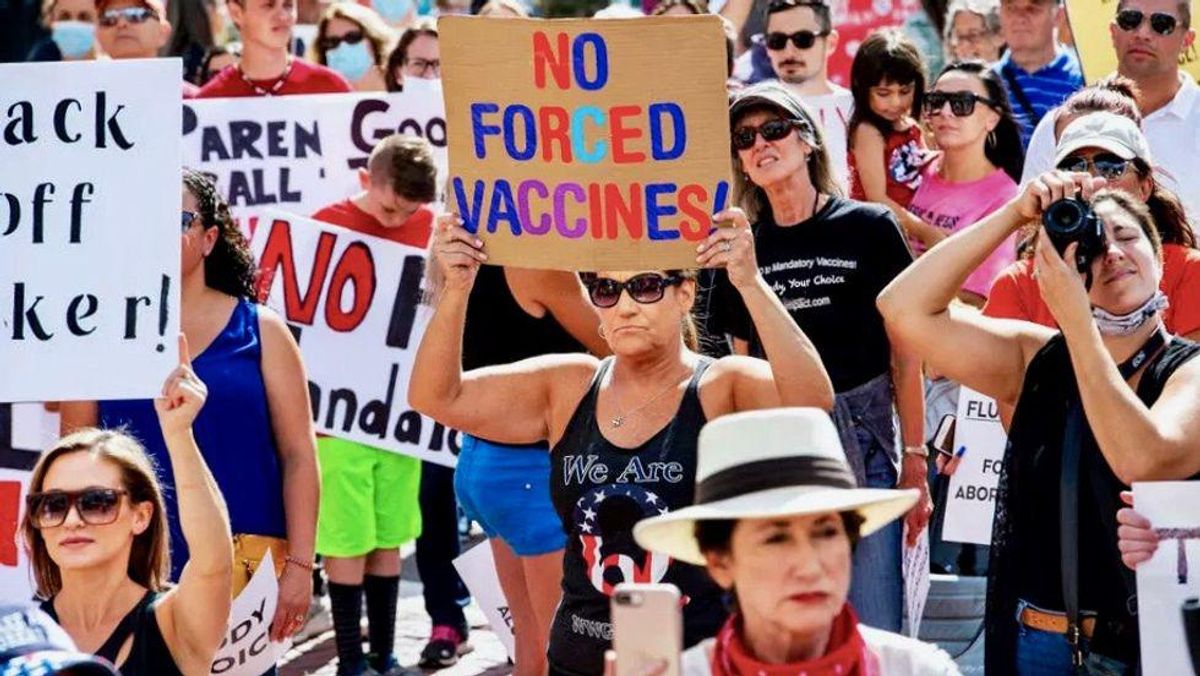 Here's how the U.K. Evening Standard framed the issue:

"Vegans would be exempt from compulsory workplace Covid vaccinations and employers risk legal action if they insist workers are double-jabbed, experts say.

An estimated half a million Britons who do not consume animal products would not have to adhere to so-called "jabs for jobs" rules under employment laws, it has been claimed.

Big firms, including Netflix and Google, have already told many US staff they must be vaccinated before returning to work and Foreign secretary Dominic Raab said on Thursday that the rule was "smart policy."

"While the UK Government has introduced legislation stating care home staff must be jabbed. The Covid vaccine does not contain animal products, but all medications currently go through animal testing. Ethical veganism was ruled to be a protected characteristic at a tribunal last year.

"A spokesman for Lewis Silkin, a law firm, told the Telegraph: 'Some ethical vegans may disagree with vaccinations on the basis that they will inevitably have been tested on animals. Ethical veganism has previously been found to amount to a belief, capable of being protected.'"

"The protections mean that vegans and people in other categories, including some religious groups as well as those with certain disabilities or medical conditions, could mount a claim of constructive dismissal if forced to get the jab.

"It comes as the Government faces challenges over making the jab mandatory and the introduction of "vaccine passports", which it has been claimed could help prevent further lockdowns."

The issue has not yet been as high profile in the U.S., but with an increasing trend of companies requiring employees to become vaccinated to return to work, similar issues related to religious objectors -- and possibly groups such as vegans -- could surface soon.

Here's how the issue was summarized by the Prinz Law Firm in Chicago:

"Under Title VII of the Civil Rights Act of 1964, individuals have the right to be free from discrimination on the basis of religion. As part of their religious beliefs, many individuals object to vaccines. Employers are required to accommodate religious observances and practices, unless doing so imposes an undue hardship on the business.

"Religion" is very broadly defined and encompasses not only organized religions, but also informal beliefs. "Religion" under the law can also encompass non-theistic and moral beliefs.