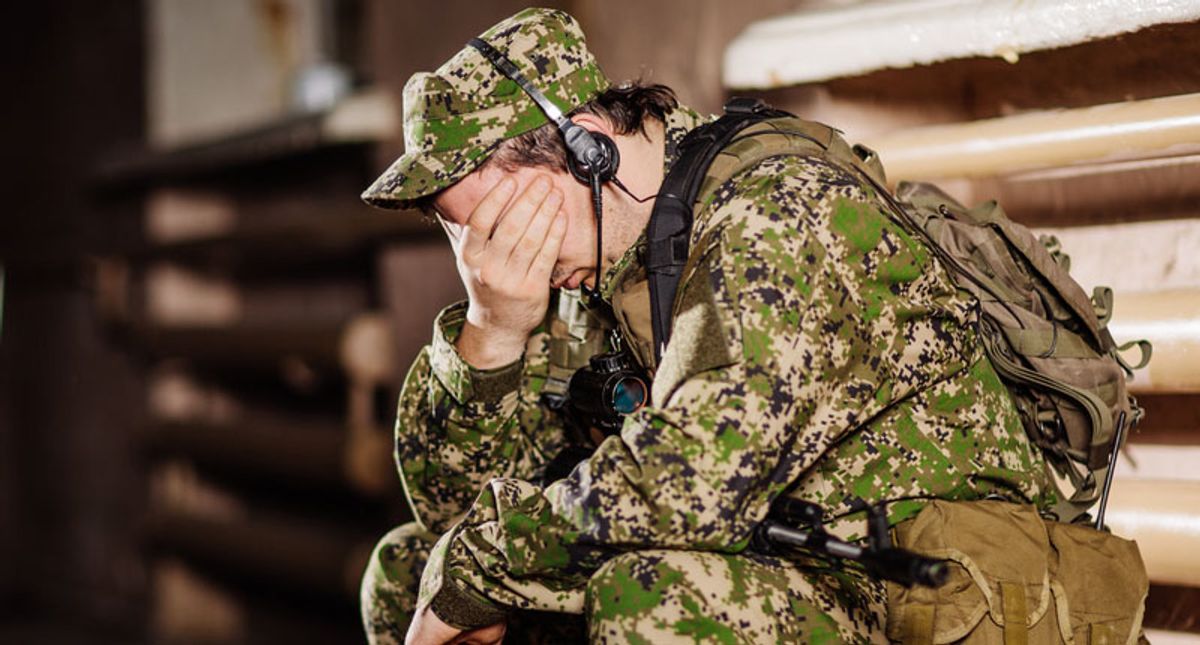 "The trend is deeply alarming," the report says. "The increasing rates of suicide for both veterans and active-duty personnel are outpacing those of the general population, marking a significant shift."

The Department of Veterans Affairs releases the data on deaths by suicide but it doesn't show death specifics for those in combat. So, the study's author calculated using the VA data to estimate the suicides based on age and other data.

"In an interview, Suitt said the number 30,177 is likely well below the actual number of suicides for active duty and veterans. He believes one of the reasons the numbers continue to climb is indifference by the American public," NBC News reported.

Many veterans suffer from traumatic brain injuries that leave lasting damage many doctors don't fully understand. Post-traumatic stress disorder and other psychological concerns are also connected to the suicide numbers, the report explained. The greatest barrier is that some service members aren't getting the medical care needed, which can make things worse.

"There was a sense that an active service member would rather lie on a screening to be able to stay in the military," said Suitt. "If they have a traumatic brain injury but no other physical injuries, they downplay the injuries to stay in their career."

One concern he discovered is that many active-duty military members feel that being discharged early due to medical issues would make them feel as if they're losing their identity. There's no real transition for military members from combat to veterans' hospitals and back into civilian life. The military bounces service members from one to the other.

He told the public that they should care.